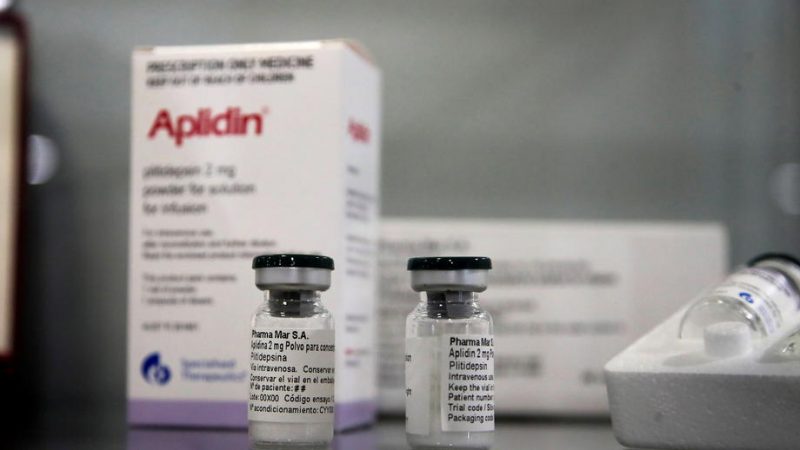 The antiviral drug known as Plitidepsna, which is being produced by Spanish company PharmaMar and tested in experimental laboratories in France and the US, showed a 99% reduction in SARS-CoV-2 viral loads.

The “in vitro” and “in vivo” experiments that have been carried out on animals with this drug – used so far as a potent anticancer drug – “have shown promising antiviral effects and a promising (low) toxicity profile”, the Spanish company reported, after the drug’s results were published in the journal Science.

Plitidepsna does not directly target SARS-CoV-2. Instead, it focuses on the human protein needed by the virus to control a cell’s biological material that allows it to replicate many times, experts quoted by Spanish media explained.

A team of researchers from the Mount Sinai hospital in New York, responsible for the experiments with the new drug, stressed that it is almost 100 times more effective against SARS-CoV-2 infections compared to the currently used drug Remdesivir, EURACTIV’s partner EFE reported.

To gather these promising results, the team of scientists lead by Spanish virologist Adolfo García-Sastre compared the effectiveness of Plitidepsin with Remdesivir in mice carrying the virus.

PharmaMar, a pharmaceutic company based in Madrid, produces this new synthetic drug under the market name of Aplidina, to treat the blood cancer multiple myeloma.

According to experts, dexamethasone – a corticosteroid medication – has been found to be the only drug to significantly cut COVID-related deaths, mainly due to its strong anti-inflammatory effects. (Fernando Heller/EuroEFE /MADRID)