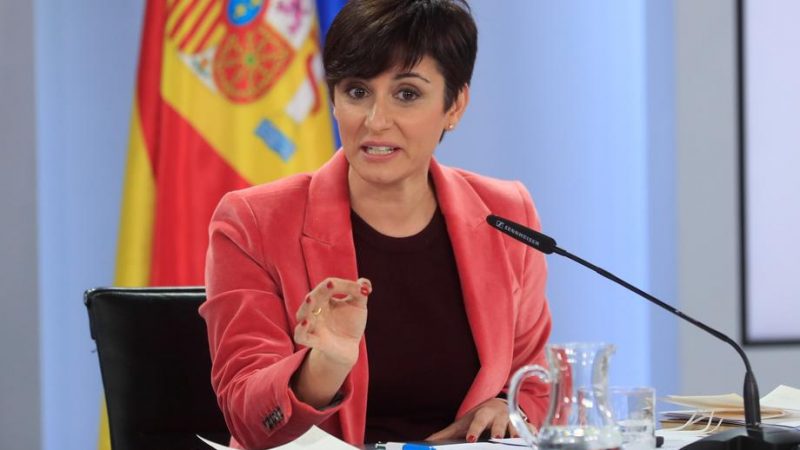 Unidas-Podemos should make “an effort of reflection, pedagogy and restraint” so that the parties’ statements “do not alter diplomatic relations” regarding the ongoing crisis, Rodríguez said, EURACTIV’s partner EFE reported. [EPA-EFE/FERNANDO ALVARADO]

Left-wing party Unidas Podemos (United We Can) is being asked to show “containment” in its statements on the situation in Ukraine and not jeopardise Spain’s relationship with NATO, government spokesperson Isabel Rodríguez of the ruling socialist party PSOE said on Monday.

Unidas-Podemos should make “an effort of reflection, pedagogy and restraint” so that the parties’ statements “do not alter diplomatic relations” regarding the ongoing crisis, Rodríguez said, EURACTIV’s partner EFE reported.

In an interview aired on Monday by state-owned Radio Nacional de España (RNE)  Rodríguez expressed “respect” for Unidas-Podemos’ fierce opposition to Spain sending a warship and fighter jets to support NATO if tensions continue to rise.

The government wants to contribute to a peaceful solution, which Rodriguez added, should be solved only through “dialogue”.

Deep divergences arose last week between the PSOE and Unidas-Podemos after Madrid decided to send the frigate “Blas de Lezo” to the Black Sea and committed to sending Eurofighter jets, as of 4 February, to a NATO-led surveillance mission and deterrence mission in the region.

The PP had initially expressed its political support for the Spanish military contribution to the NATO-led mission, but Casado criticised the fact that his party was not informed before the decision was taken.

Rodríguez accused Casado of a lack of loyalty “to his country”.

“He does not respond to the interests of Spain and is focused on a campaign of self-promotion, of combat in the internal sphere of his party, very unconcerned with the general interest of the country”, she added.