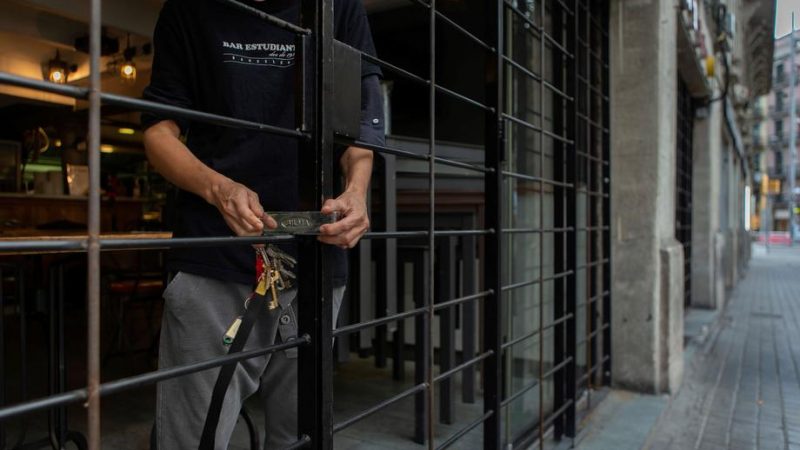 Spain’s government said it was mulling the possibility of introducing night curfews across regions with high coronavirus infection rates as Spain recorded more than 1 million COVID-19 cases and 34,366 related deaths since the start of the pandemic At the same time, citizens of Madrid are once again confused by the contradictory messaging from national and local authorities regarding the extra measures that are to be taken before Friday to contain the virus, EFE reported.

Were the government to approve night curfews, such a decision would have to be legally underpinned by a nationwide state of alarm, warned Health Minister Salvador Illa.

While the government confirmed it would not seek to extend the emergency measure, Madrid’s regional Health Minister Ruiz Escudero told state broadcaster in an interview on Wednesday (21 October) that the regional government is preparing a curfew to limit movement between midnight and 6am from Saturday in the Spanish capital, EFE reported.

“What we are determining are measures to establish more exhaustive control, principally from midnight to 6am, measures that will restrict movement and the concentration (of people) that produces these contagions”, said the regional minister.

Details on the fresh restrictions in Madrid will be announced Friday and will come into effect  Saturday, sources from the regional government confirmed Wednesday.

The country’s health minister is set to hold talks with the county’s regional leaders on Thursday as a renewed state of alarm for the country like the one that was in effect from March to July, would require cross-party support.

Salvador Illa added that a renewed state of alarm in Spain would require cross-party support.

However, such a state of alarm needs ratifying every 15 days which is no easy feat for the prime minister’s minority government which continues to face staunch opposition. Currently, however, the regions have the power to adopt coronavirus measures.

While Sanchez has said that the regions could count on the central government’s support in applying tighter COVID-19 restrictions, the PM asked the Madrid government to clarify whether the suggestion of imposing a curfew was its official stance.