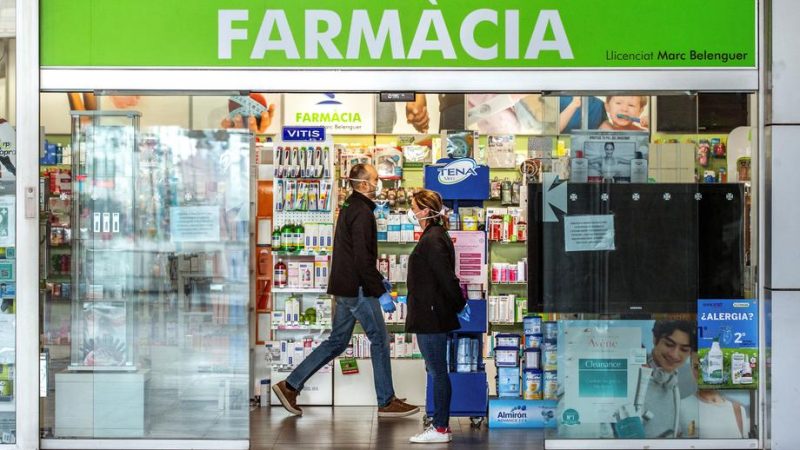 The Spanish Nurses Federation sent on Thursday a letter to European Commission President Ursula von der Leyen alerting her and EU health authorities of the potential danger of allowing pharmacies to carry out COVID-19 antigen testing, which, they said, would increase the risk of new contagions in Europe, EFE reported.

In the letter, the federation – made up of the nursing union SATSE and the General Council of Spanish Nurses (CGE) – detailed all its legal, administrative and health concerns against allowing pharmacies across the EU to carry out such tests.

The letter was sent after the European Commission recommended that rapid tests should be carried out by trained health professionals and only when more accurate PCR testing cannot be implemented.

The group expressed “great concern” about the possibility of pharmacies or private businesses in Spain and the rest of the EU carrying out such testing, as requested many times in recent weeks by Madrid’s regional government controlled by centre-right  Popular Party (PP).

Although both professional nurses associations point out that they do not want to get involved in political issues, they said it was worrying that EU Health Commissioner Stella Kyriakides and PP are both members of the European People’s Party (EPP).

They, therefore, consider that Madrid’s request “does not really respond to issues of interest to health or public health,” but is rooted in politics and based on relations with pharmaceutical companies. (EUROEFE (Madrid))