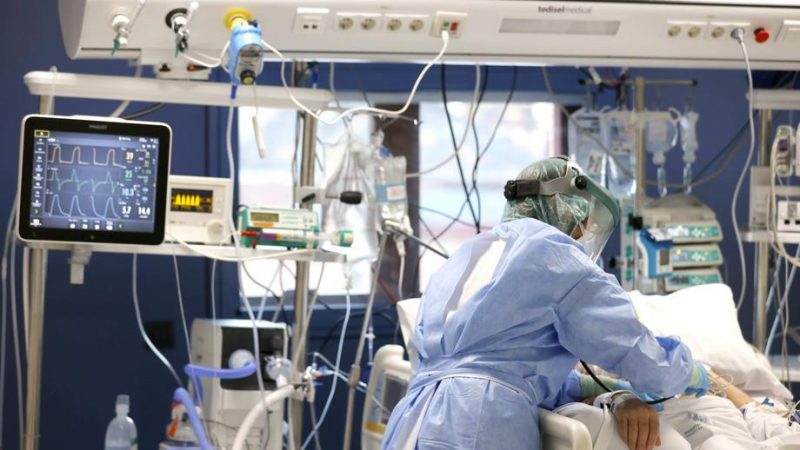 The new Omicron variant is impacting the country with more than 5,000 new infections per day only in Catalonia. [EPA-EFE / LUIS TEJIDO]

The heads of government of the Spanish regions will meet Wednesday with Prime Minister Pedro Sánchez to jointly urge him to adopt new, clear and united measures to help them curb the expansion of the latest COVID-19 wave.

The regional presidents will debate on Wednesday afternoon a range of proposals to try to stop the latest wave, ranging from nightly curfews, as suggested by Catalonia, to a change of criteria for quarantines, as requested by the Madrid region, EURACTIV’s partner EFE reported.

However, among the 17 regional presidents, there is consensus that the new strategy against the virus should be adopted together and implemented coherently across the regions for it to be effective.

Some 71% of people over 70 in Spain have already received the third jab against COVID-19, while 38.3% of those who received the single-dose Janssen jab got their second dose in the early days of December.

The new Omicron variant is impacting the country with more than 5,000 new infections per day in Catalonia, which has led to more than 1,300 new hospital admissions, 340 of them in intensive care units and an average of 17 deaths per day in the last seven days.

COVID-19 infections are also soaring in the northeastern region of Navarre, which recorded 921 cases Monday, after 5,227 tests, leaving a positivity rate of 17.6%, according to data provided by the regional government, which reported fourteen new hospital admissions.

On Monday, the centre-right opposition of the Popular Party (Partido Popular) and far-right Vox criticised the government, saying it had reacted too late.

“We have not arrived late”, Rodríguez said, adding that the government has, together with the regions, worked tirelessly to protect the health of citizens.