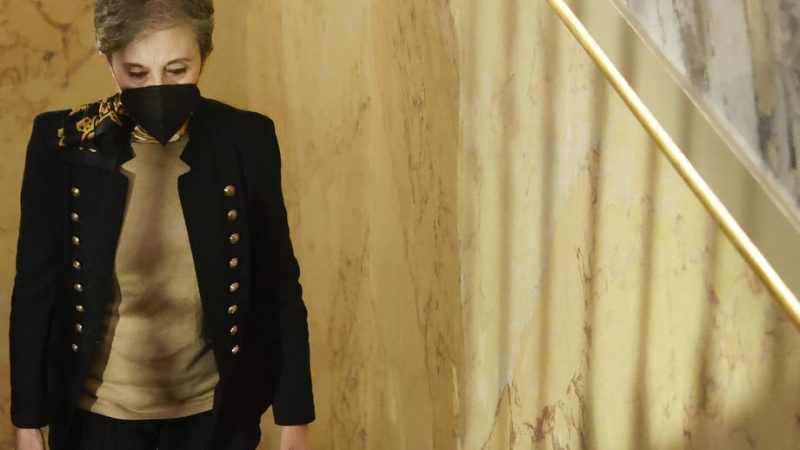 In a close-doors session in parliament, Esteban presented documentation on these actions undertaken by the intelligence services, including judicial authorisations to carry them out, sources told EURACTIV’s partner EFE. [EPA-EFE/JUAN CARLOS HIDALGO]

Spain’s intelligence agency has spied, with legal authorisation, on about twenty pro-independence Catalan politicians, Paz Esteban, the director of the Spanish National Intelligence Centre, acknowledged before a special parliamentary commission on Thursday.

In a close-doors session in parliament, Esteban presented documentation on these actions undertaken by the intelligence services, including judicial authorisations to carry them out, sources told EURACTIV’s partner EFE.

Last month, Citizen Lab revealed that around 65 pro-independence Catalan politicians had been targeted with the NSO Group’s Pegasus spyware between 2015 and 2020, allegedly used by Spain’s secret services.

Prime Minister Pedro Sánchez and Defence Minister Margarita Robles, among other top politicians, were targeted by the Pegasus spyware.

On Tuesday (3 May), pro-independence Catalan and Basque parties, the centre-right PP, centre-liberal Ciudadanos (Citizens) and the far-right VOX demanded that Sánchez shed full light on the espionage scandal.

On Thursday, a Spanish judge declared “secret” the investigation on Sánchez’s and Roble’s cell phones to avoid external “interferences” and prevent “a situation that could seriously compromise the outcome of the investigation”, EFE reported.

Robles is “politically unfit” and should resign over her inability to clarify Spain’s “worst espionage scandal of the last decades”, the pro-independence president of the Catalan regional government, Pere Aragonès (ERC)  – himself also a victim of the espionage case – said on 27 April.

Aragonès decided to temporarily freeze relations with Spain’s central government until the circumstances and background of the scandal were clarified. He also threatened to withdraw his party’s parliamentary support for the Spanish executive.