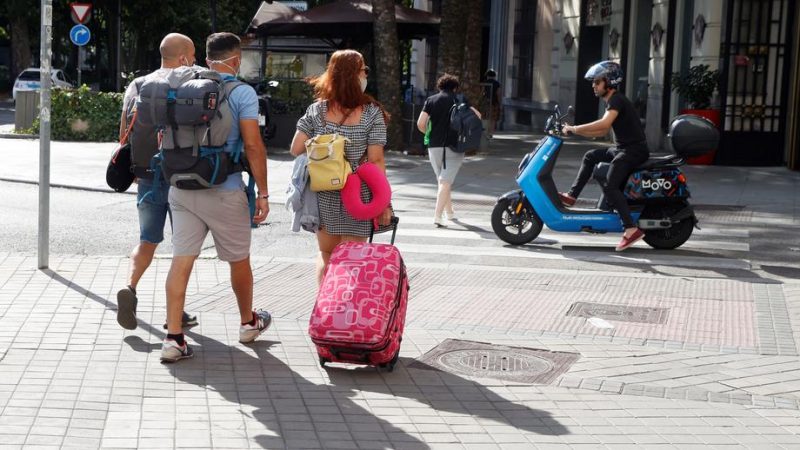 Spain welcomed 4.69 million foreign tourists in September this year, a 311.9% increase compared to the same month in 2020 when most of the EU was facing severe travel restrictions to contain the pandemic, EURACTIV’s partner EFE reported. Read more.

Figures released on Wednesday by Spain’s National Statistics Institute showed a decrease of 4.15 million international visitors compared to 2019, when the country was the second-most visited in the world after France, according to data by the United Nations World Tourism Organisation.

In September, international tourists spent €5.4 billion in Spain, a six-fold increase compared to 2020 but €4 billion less than in the year before the COVID-19 pandemic started, the official EGATUR survey showed.

In the first six months of 2021, a period when vaccination rates grew, and travel restrictions were gradually lifted in the EU, some 19.7 million foreign tourists visited Spain, a slight uptick from 16.8 million during the same period in 2020 but still far from the 67 million in 2019.

The majority of international visitors in September 2021 came from Germany, followed by the United Kingdom, traditionally a pillar of Spain’s tourism sector, and neighbouring France.

According to the INE before the pandemic, tourism accounted for an estimated 12.4% of Spain’s GDP.

In more good news for Spain’s battered labour market, employment rose again in October, with 159,479 new workers registered in the country’s Social Security system, and over 19.6 million people employed. Unemployment fell in October by 734 people, the first decrease in October since official labour records began in 1975.

According to data published on Wednesday by the Ministries of Social Security and Labour, Social Security enrolment grew by 102,474 workers compared to the previous month.

This rise results from a significant increase in the services sector, particularly tourism and leisure, which has grown steadily since the end of the latest state of alarm.

Spain’s Social Security office highlighted on Wednesday (3 November) that there are 182,349 more people employed compared to February 2020, the month before the pandemic officially started.

There are still 190,718 workers protected by temporary lay-off schemes (known as ERTE).

The current unemployment figures contrast with those at the beginning of the pandemic, when 900,000 jobs were lost in March 2020.