Speaker of Serbian parliament: No borders between Republika Srpska and Serbia 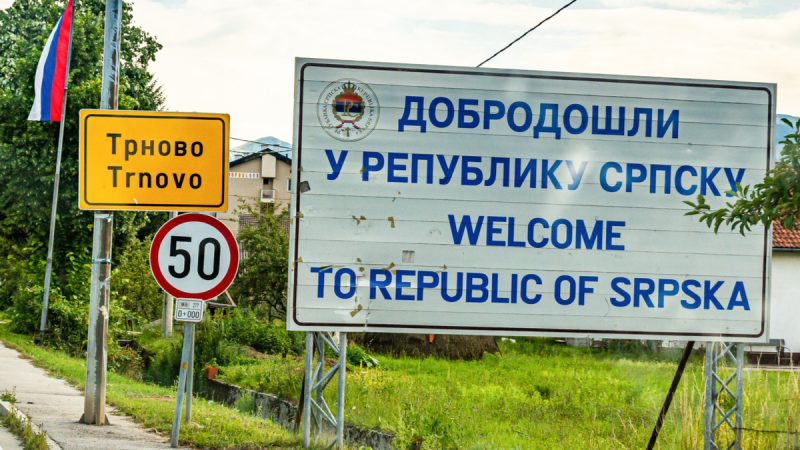 Dodik also said that RS is a self-sustainable entity, while BiH and the Bosniak-Croat Federation of the BiH entity are not and cannot be. [Shutterstock / arketa1982]

Belgrade remains interested in preserving the peace and the status of Republika Srpska (RS) and ensuring compliance with the Dayton peace agreement, Ivica Dačić, speaker of the Narodna Skupština (parliament of the Republic of Serbia) has said.

He added that some entity powers had been transferred to the state in violation of the Dayton agreement.

“Any decision that is made must be based on the consent of the three constituent peoples and the two entities,” Dačić said, adding that Belgrade also wants to maintain its ties with RS. He stressed that there are no borders between the Bosnian Serb entity and Serbia regardless of the internationally recognised borders.

Milorad Dodik, Serb member of BiH’s Presidency, said he was not giving up the adoption of laws to have many of the powers of the state devolved to the level of Republika Srpska (RS) entity.

Dodik also said that RS is a self-sustainable entity, while BiH and the Bosniak-Croat Federation of the BiH entity are not and cannot be. He added that attempts are being made through “criminal decisions” by the Constitutional Court and the international community’s high representatives to hide this and change the balance of power.

The Managing Director of the European External Actions Service (EEAS), Angelina Eichhorst, will visit Sarajevo with Matthew Palmer, the US Special Envoy for Electoral Reform in BiH.

Eichhorst reiterated the EU’s “unequivocal commitment and support for BiH’s EU perspective as a single, united and sovereign country, underlining that an early agreement on constitutional and electoral reform is of utmost importance.”