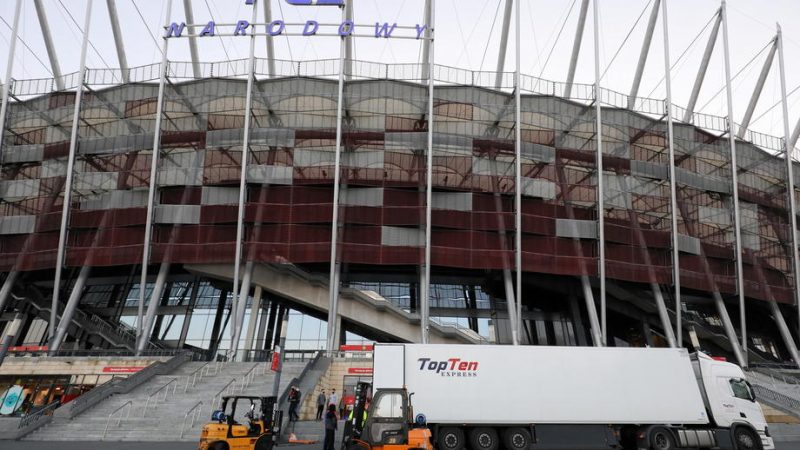 Poland’s biggest stadium, located in Warsaw, will be transformed into an emergency field hospital which should provide 500 emergency hospital beds as the number of coronavirus cases continue to rapidly increase, the government has decided.

Although an official opening date remains unknown, the first beds were set up on Saturday (17 October), according to sources. The facility could become fully functional by the end of the week and welcome its first patients.

More field hospitals could be built across the country, including Krakow. Health Minister Adam Niedzielski spoke of the necessity of creating emergency field hospitals during his presentation of the government’s coronavirus response strategy at a recent press conference.

In other news, Przemysław Czarnek was sworn in by Polish President Andrzej Duda on Monday morning (19 October) as the country’s new education and science minister. The ceremony, initially scheduled for 5 October, had to be postponed due to Czarnek testing positive to COVID-19 and having to self-isolate.

Czarnek’s appointment has been met with strong criticism, due to his homophobic statements and accusations of anti-Semitism.

“Let’s end the discussion about these LGBT abominations, homosexuality, bisexuality, equality parades,” he had said in the past.

Czarnek also previously said: “There is no doubt that this entire LGBT ideology, which grew out of neo-Marxism, comes from the same root as German National Socialism, which is responsible for all the evils of World War II, the destruction of Warsaw and the murder of those who fought for our freedom in the Warsaw uprising. It’s of the same origin.”