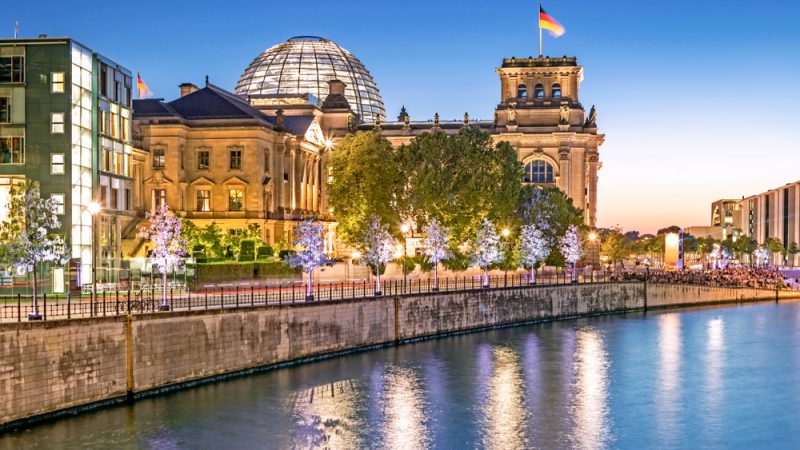 Led by Franziska Giffey, who had stepped back from her post as family minister following a plagiarism investigation, it is the second shared five-year term for the coalition parties. [Shutterstock/Pani Garmyder]

The state of Berlin will again be governed by the Social Democrats (SPD), the Greens, and the far-left Die Linke in a coalition agreement to be announced on Monday.

The SPD had received historically few votes (21.4%) in the September elections, while the Greens had made major gains.

It is the second shared five-year term for the coalition parties, led by Franziska Giffey, who had stepped back from her post as a family minister following a plagiarism investigation.

While Giffey had initially been reported to favour a traffic light coalition with the Greens and the liberal FDP, as her party has agreed at the federal level, the party’s base had successfully pushed for a left-wing coalition.

Giffey and her new coalition face a challenging term: rent prices in Berlin have exploded in recent years, public transport has declined in quality, and Berlin’s bureaucracy is famously complex.

The Greens and Die Linke had vetoed nearly all instruments that could speed up construction of additional flats, reported Tagesspiegel on 19 November.

The parties must also decide what to do with the fact that Berliners voted in favour of a non-binding referendum calling for the flats of large property holding companies like “Deutsche Wohnen” to be expropriated.

The decision on what to do with the referendum will be decided by a commission of experts and stakeholders, putting the breaks on a final decision for now.