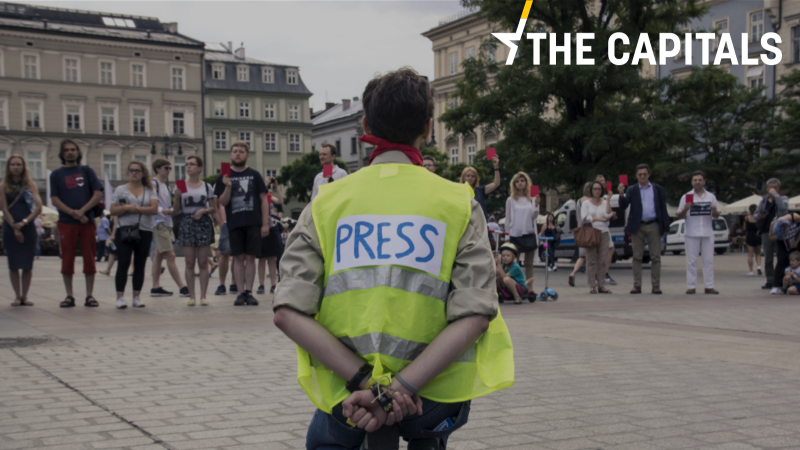 For the past few years, the ruling PiS party had planned to limit the percentage of media with foreign ownership - which the opposition referred as "repolonisation", as it was supposed to lead to the limitation - at least in practice - of foreign capital in Poland’s media market. [Shutterstock/Bogdan Khmelnytskyi]

Polish state-owned oil company Orlen will take over 20 of Poland’s leading regional newspapers, Orlen CEO Daniel Obajtek announced on Monday – something the government’s critics have long seen as a key element in the ruling camp’s plan to further undermine media freedom in Poland.

“We are taking over Polska Press. Thanks to this investment, we will have access to 17.4 million readers online. It will help us strengthen our sales department and further enhance our big data tools” – Obajtek announced on Twitter. Until now, Polska Press belonged to the German publishing group Verlagsgruppe Passau (VGP).

Even though Obajtek presented the transaction as a good business opportunity for the petrol retailer, many see it as a step aimed at broadening the government’s influence across the Polish media sector. Obajtek himself is widely considered to be a loyalist of the ruling Law and Justice (Pis).

For the past few years, the PiS had planned to limit the percentage of media with foreign ownership – which the opposition referred as “repolonisation”, as it was supposed to lead to the limitation – at least in practice – of foreign capital in Poland’s media market.

“When it comes to the ‘repolonisation’, we are going to transform the media so that they represent the Polish interest, that they are with and for the Polish people”, said Elżbieta Kruk (PiS), a member of the National Media Council in July.

Reporters Without Borders (RSF) warned Orlen on Tuesday that it must ensure media independence. In a tweet, the organisation said that “as Orlen buys Polska Press from Verlagsgruppe Passau, RSF calls on the petrol company to respect & guarantee the regional outlets’ editorial independence”.

“Orlen is under the influence of the government aiming for “repolonisation” of independent media”, they added.

She said the executive had noticed that some governments, including the Polish one, are using tricks to fund specific media willing to “sing the songs of the government”.