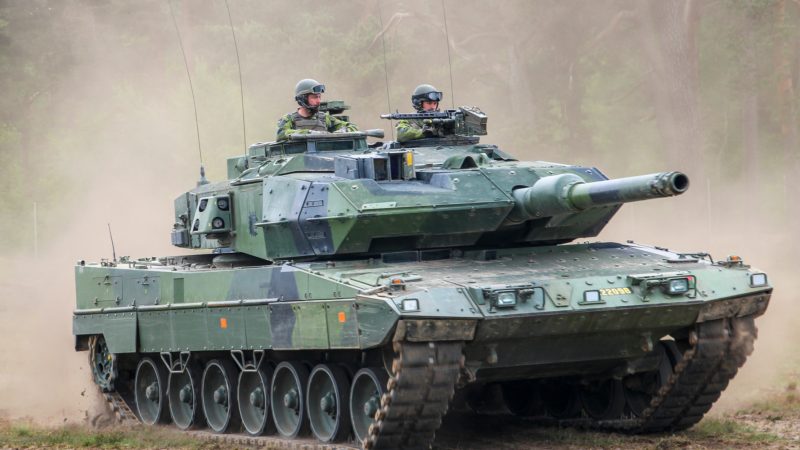 The armament that is set to take place in the coming five years has not been of such magnitude since the Second World War. [Shutterstock/ Ivar Skoglund]

Sweden will increase its military budget by up to 40% by 2025 if the bill proposed by the minority government of Social Democrats and the Greens is adopted. Given that it is backed by the Centre Party and the Liberals in opposition, parliament will most likely vote in its favour.

Defence Minister Peter Hultqvist’s proposal (15 October) signals a major step in the country’s defence policy. While military spending has increased since 2014, the armament that is set to take place in the coming five years has not been of such magnitude since the Second World War.

According to the government proposal, military personnel will increase by 30,000 to around 90,000, while the air force’s weapons systems and artillery in the established mechanised brigade will be updated. On top of that, the proposal envisages the modernisation of the navy fleet corvette, as well as a fifth submarine for the country.

Behind the policy change is the threat posed by neighbouring Russia, its annexation of the Crimean peninsula and its activity in the Baltic Sea area.

In the years following the end of the Cold War, Sweden dismantled its military capacity and in 2010 ended compulsory military service, though it was reintroduced in 2017.

Sweden’s defence expenditures currently amount to 1.1% of its GDP.

Another cornerstone in the country’s defence policy will be an even closer cooperation between neighbouring states, especially with Finland. While Nordic countries signed a defence cooperation agreement this autumn, Finland will decide next year whether it will buy  Swedish Saab Gripen fighters. (Pekka Vänttinen | EURACTIV.com)

One response to “Swedish surge in military spending”