“Stop torture on the border!” 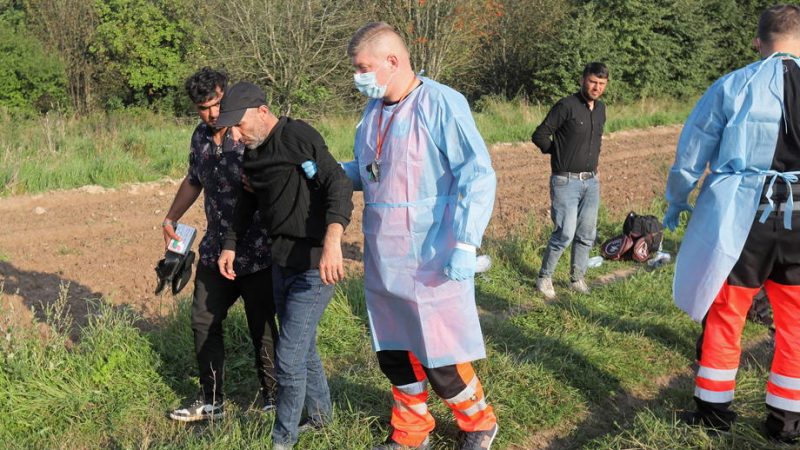 Polish citizens took to the streets of Warsaw on Sunday calling on the government to put an end to “torture” and “cruelty” against refugees at the border with Belarus. [EPA-EFE/Artur Reszko]

Polish citizens took to the streets of Warsaw on Sunday calling on the government to put an end to “torture” and “cruelty” against refugees at the border with Belarus.

“I am speechless to describe the cruelty facing the weakest ones by the Polish and Belarusian border guards”, she wrote in a letter to participants.

“I will take in refugees. I will give away racists”, another banner read. Marta Rawuszko, another organiser of the protest, noted: “There are tens of people in Polish forests. We are here today because we consider the actions of the Polish government inhuman”.

The march demanded to end the emergency state introduced at the beginning of September and recently prolonged for another month.

The demonstrators also opposed the construction of a wall on the border, which was approved last week by parliament.

Ochojska called on the government to respect international, domestic laws and internal procedures in her letter.

“Everyone who wishes to ask for international protection should be received in a shelter, and their request should be considered. Pushbacks of unarmed people into the forest has nothing to do with the defence of the border. No border is secure as long as people die there”.

So far, six people have been reported dead on and around the Polish-Belarusian border.

The Polish Border Guards arrested a Ukrainian citizen who drove 27 Iraqi migrants through Poland earlier on Sunday. The arrest took place in the Eastern town of Mielnik. Since the beginning of the year, there have been 18,000 attempts to illegally cross the border between Poland and Belarus.

Almost 7,000 of those cases occurred in October alone, according to the Border Guards statistics.