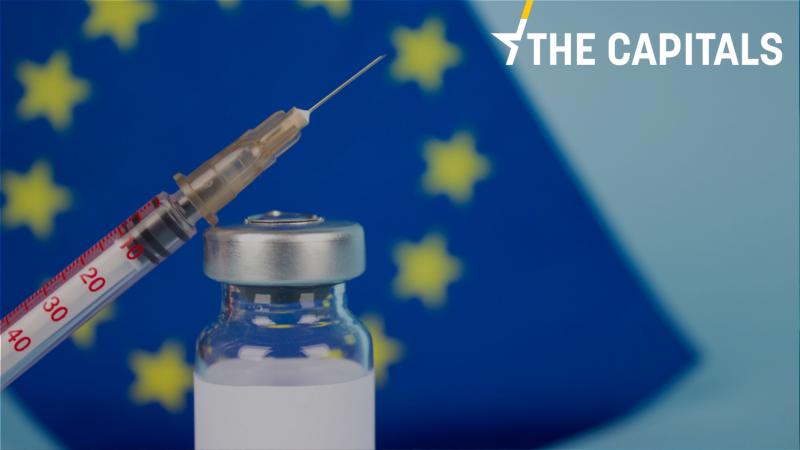 The letter, signed by the prime ministers of Belgium, Denmark, Spain, Poland and the President of Lithuania, on the initiative of Polish Prime Minister Mateusz Morawiecki, was delivered to European Council President Charles Michel on Tuesday (23 February). [Shutterstock/Iryna Mylinska]

The letter, signed by the prime ministers of Belgium, Denmark, Spain, Poland and the President of Lithuania, on the initiative of Polish Prime Minister Mateusz Morawiecki, was delivered to Michel on Tuesday.

Meanwhile, AstraZeneca has announced new delays in vaccines deliveries while the Western Balkans region is now fully exposed to Russia and China.

Ahead of a teleconference of EU leaders on 25-26 February, the five leaders said there is no time to waste considering that Europe’s timely access to sufficient vaccines remains an unresolved challenge.

“Our key message today is that we urgently need to integrate and strategically steer our value chain strategically to boost our vaccine production capacity in Europe,” the leaders said, adding that the right support to European-based manufacturers should be provided in case of unexpected problems during the production process.

“Existing production facilities will need to be adjusted. New ones will have to be built. This should enable us to provide – also in the future – that all our citizens in Europe have access to new vaccines, including mRNA vaccines, when we will be needing to re-vaccinate and to adapt our vaccination programs for mutations and even for new pandemics,” the leaders said.

Meanwhile, AFP reported that pharmaceutical giant AstraZeneca said on Tuesday that its EU supply chains would only be able to deliver half of an expected supply of COVID-19 vaccines to the bloc in the second quarter.

A spokesman for the British drugs group told AFP that AstraZeneca was “working to increase productivity in its EU supply chain” and would use its “global capability in order to achieve delivery of 180 million doses to the EU in the second quarter”.

“Approximately half of the expected volume is due to come from the EU supply chain” while the remainder would come from its international supply network, he added.

At the same time, the Western Balkans countries are left without EU vaccines and are now at the mercy of political games of Moscow and Beijing.

North Macedonia’s Foreign Minister Bujar Osmani told AFP that Skopje has become “collateral damage” of EU procurement policy. He said Brussels was sending “the wrong message” to the Balkans by “leaving the region without vaccines”.

Serbia has already started vaccinating with Chinese and Russian vaccines while Montenegro will make use of these vaccines already this week.