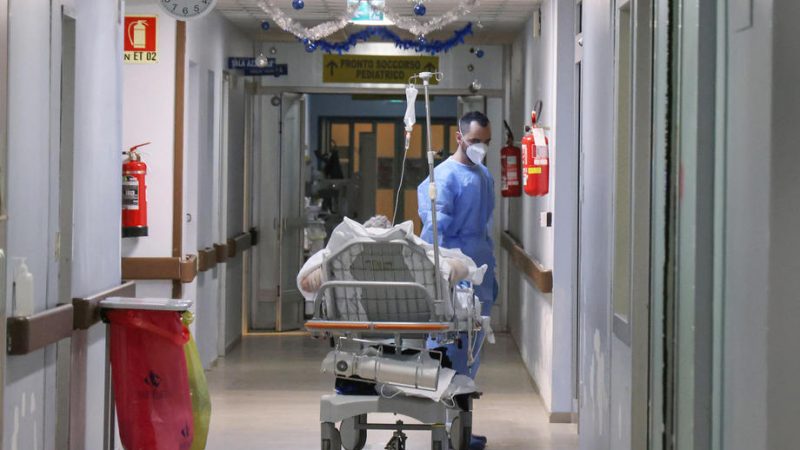 New own-initiative report suggests that we should make better use of cohesion policy to reduce health inequalities. [EPA-EFE / FILIPPO VENEZIA]

The lack of space in intensive care units (ICUs) caused by the amount of COVID-19 patients is causing a deep crisis for surgical activities in hospitals, which have dropped between 50-80% as a result.

“Surgical activity throughout Italy has been reduced by an average of 50% with peaks of 80%, reserving operations only for oncological and emergency patients. But often it is not possible to operate even on patients with cancer, because there is no availability of the intensive care unit in the postoperative,” Francesco Basile, president of the Italian Society of Surgery (SIC) said on Monday.

Basile explained that most hospitalisations are dedicated to COVID-19 cases, while ICUs are mainly occupied by the unvaccinated. The expert is concerned about many cancer cases “that often arrive too late in the hospital”.

For instance, referring to the 2020 situation, the expert said that about 400,000 surgeries were postponed, bringing about “a worsening of tumour pathologies that often reached the hospital when it was too late to operate”.

Basile said that in 2021, we are facing the same issues as 2020, “which has led to 400,000 postponed surgeries, a considerable increase in the number of patients on the waiting list and, what is more serious, there has been a worsening of tumour pathologies that often reached the hospital in the following months, now inoperable”.

Italy is facing a significant challenge with the pandemic. Despite 78.79% of Italian residents having completed the full vaccination cycle as of Monday, those pressuring the healthcare system in terms of hospitalisations are mainly unvaccinated.

While the Omicron variant reduces hospitalisation by 40%, as reported by the Guardian, its extreme transmissibility can still dramatically impact hospitals.