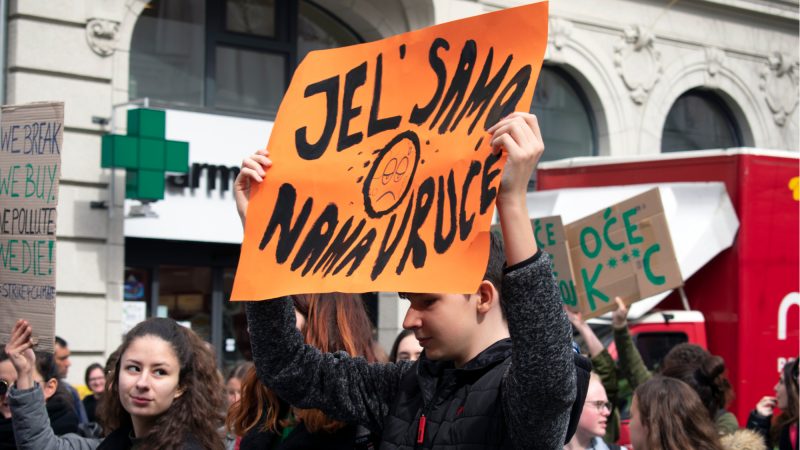 Protestors with banners at a Youth strike for climate march in Zagreb 2019. [Shutterstock/Darac]

A quarter of young people in Croatia are politically illiterate, professor Berto Šalaj of Zagreb’s Faculty of Political Sciences said on Monday while presenting the results of a recent survey, Hina news agency reported.

The survey was conducted in March among 1,122 final-year secondary school students in 59 schools across the country.

Commenting on the poor results, Šalaj said that “society has decided that they do not need to be politically literate.” That, in turn, means that, as future voters in elections, they do not need to know anything about political processes, institutions or parties, which is a serious social problem, he added.

These results prove that society has done almost nothing to implement civic education,  Šalaj said. For example, young people do not know which countries are members of the EU or when Croatia joined NATO. The survey suggested respondents do not understand basic political notions or trust political institutions, but do trust the army and science.

Attitudes towards gender equality are a little more progressive, although a quarter of respondents were still undecided about this aspect. A positive point is that 90% of young people can imagine having a friend from a different race, religion, or nationality.