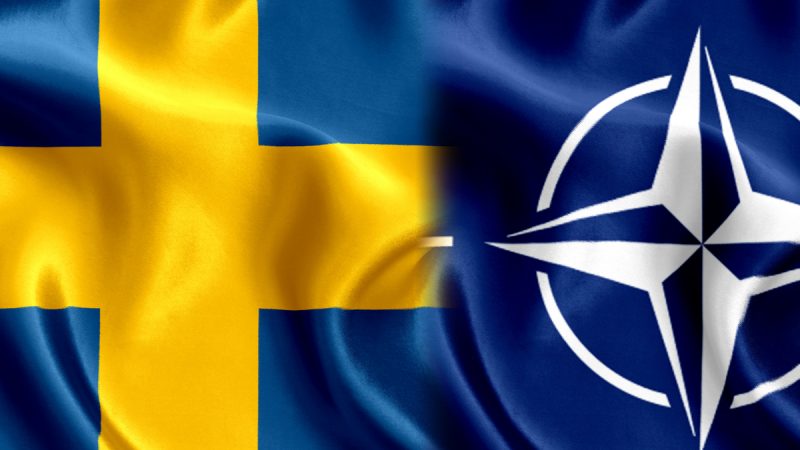 The debate about joining the NATO alliance has made a comeback in Sweden, particularly as the security situation on the continent. [Shutterstock / Pavlo Lys]

About as many people are for NATO membership as against it, while almost one in three are unsure, a survey conducted by Novus for Sweden’s national broadcaster SVT shows.

The debate on joining the NATO alliance has made a comeback in Sweden, particularly as the security situation on the continent, including at the Ukrainian border and in the Baltic Sea, is evolving.

According to the recent survey, 37% of respondents said yes to NATO membership, while 35% said no. However, a full 28% remain undecided. In 2017, 32% said yes to NATO, while 43% opposed it when asked the same question.

“The yes side has gained considerable momentum compared to 2017. But about a third can’t answer the question and are left to weigh up the options, and that’s really where this issue is decided,” said Novus CEO Torbjörn Sjöström.

In the Swedish Riksdag, a majority of the parties are in favour of Sweden declaring a so-called NATO option, meaning Sweden may join NATO.

But when it comes to actual membership, most MPs are against it.

The right-wing parties constituting the former Alliance of Moderates, the Centre Party, the Christian Democrats and the Liberals, want to join NATO. However, the far-right Democrats of Sweden (SD), the ruling Social-Democrats, the Left party and the Greens, who have the majority of seats in parliament, do not.

“Sweden should not join NATO, but the most important thing Sweden should do is invest more resources in its defence. However, Sweden should continue to cooperate with NATO,” an SD representative told SVT.