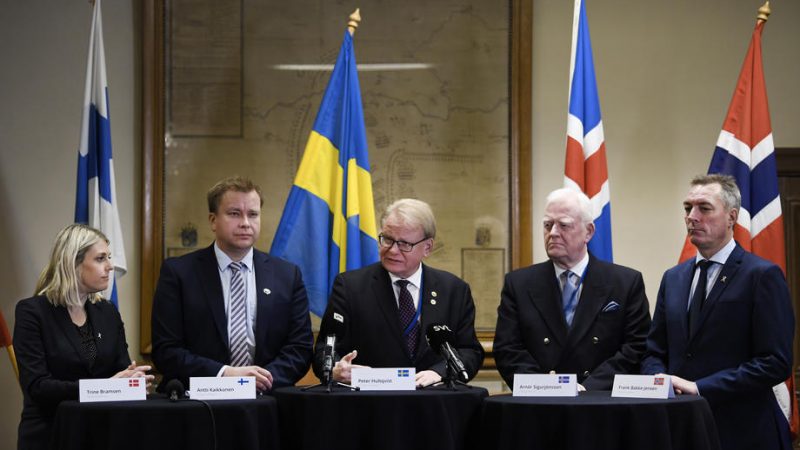 There is no shortage of defensive agreements in Europe and around the Baltic Sea. [EPA-EFE/ Pontus Lundhal]

Sweden, Denmark and Norway signed a defence cooperation agreement on Friday in response to the growing tensions in the Baltic Sea and apparent Russian aggression, but Finland’s absence from the deal has raised a few questions.

The three-state agreement mainly serves the needs of non-NATO member Sweden, which has neglected military build-up and practically dismantled its defence forces after the Cold War. The agreement is necessary due to Russia’s readiness to use military force to reach political targets, Swedish Defence Minister Peter Hultqvist told Swedish broadcaster TV4 in an interview Friday. The three countries aim to raise the bar against such behaviour.

On Finland’s absence from the agreement, Defence Minister Antti Kaikkonen justified it by pointing to the Danish Straits Kaliningrad not being on the country’s doorsteps via Twitter on Friday. A similar defence cooperation agreement was previously signed between Finland, Sweden and Norway, while Finland also has its own bilateral agreement with Sweden.

There is no shortage of defensive agreements in Europe and around the Baltic Sea.

The Nordic Defence Cooperation (NORDEFCO) consists of Denmark, Finland, Iceland, Norway and Sweden with a purpose to “strengthen the participants’ national defence, explore common synergies and facilitate efficient common solutions”. The European Intervention Initiative (EI2) launched by France, aims at “facilitating the emergence of a European strategic culture” has thirteen members, all Nordic countries apart from Iceland. Along with the Baltic States and the Netherlands, the UK-led Joint Expeditionary Force (JEF) also includes Nordic members.