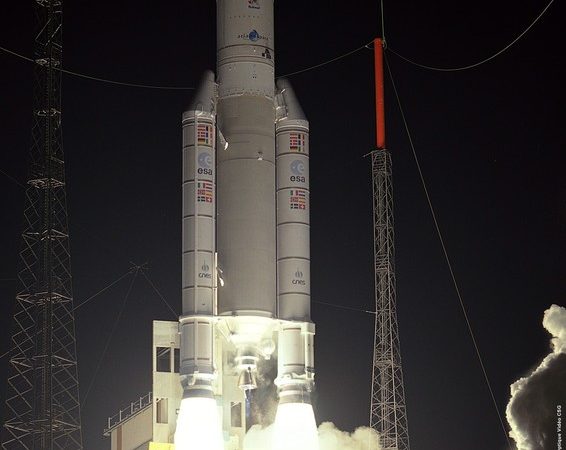 Esrange Space Center will be the first platform for developing rocket technologies and launching satellites in the European Union. [EPA/ ESA/CNES/ARIANESPACE SERVICE]

Esrange Space Center will be the first platform for developing rocket technologies and launching satellites in the European Union. Situated outside the city of Kiruna in northern Sweden, the site should be ready for operation by the summer of 2022.

Roughly 200 kilometres north of the Arctic Circle, Esrange Space Center was founded in the mid-1960s. Since then, it has been an active research location. Its infrastructure has been updated since 2015 and will now be completed with the help of a loan agreement of €12 million with the Nordic Investment Bank and the state-owned Swedish Space Corporation (SSC).

According to the news site Arctic Today, rocket-testing facilities will be modernised, and ground technologies will be developed to communicate with satellites.

The project is in line with Sweden’s 2018 strategy to be at the forefront of space technology in which Space industries are considered a strategic economic asset. The new investment will make Sweden one of around a dozen countries globally with its own satellite infrastructure.

The site could also be an asset for the European Union.

Speaking to Arctic Today, Philip Påhlsson, a Swedish Space Corporation spokesperson said: “With the new spaceport capability, it will most likely become the first launch site on the European mainland to provide a platform for space companies to develop their next generation rocket technologies and launch their satellites.”