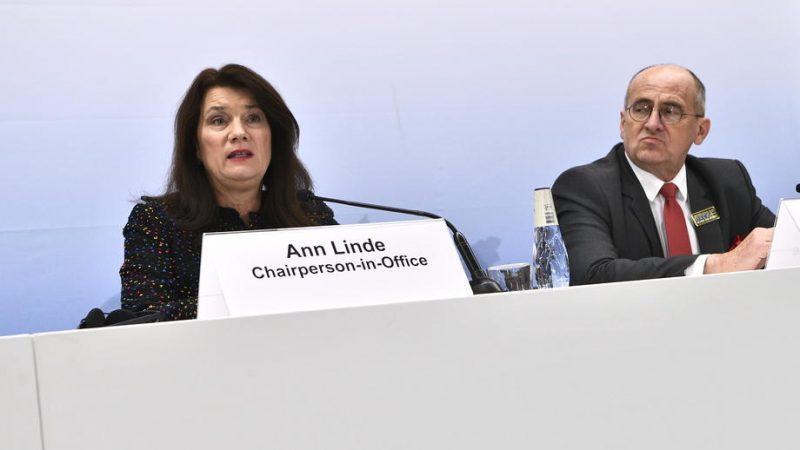 Sweden rejects Russia’s demand that NATO should not take on new members, said Foreign Minister Ann Linde, who also expressed concerns about the Russian military escalation on the border with Ukraine.

“We firmly reject all negotiations from the Swedish side that deal with the core of the European security order. We must have a rules-based world order, where we have international law and each country has the right to make its own security policy choices,” said Linde.

Although the Russian demands are directed primarily at the US and NATO, they also affect Sweden, which is not part of NATO.

“Sweden and Finland are very much affected by this. Rejecting any future expansion of NATO will reduce the opportunities to make independent political choices,” said the Foreign Minister. Earlier this month, Finland responded to Russia’s call, saying it had “national room to manoeuvre”, including the possibility of military alignment and applying for NATO membership.

Linde also expressed concerns about the Russian military escalation on the border with Ukraine and has met with colleagues in the UK and the Nordic and Baltic countries in the last few days to discuss the situation.

“If something happens with regard to the increased aggression against Ukraine, we will respond unitedly and very hard with different types of economic sanctions,” Linde said in an interview with national news agency TT on Wednesday.

The situation around Ukraine meant “full alert” during the Christmas and New Year holidays, the minister said.