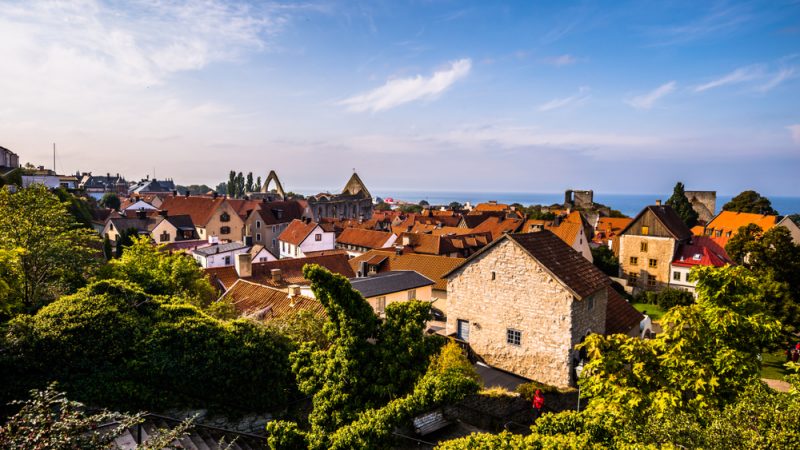 Gotland is described as a strategically significant location in the Baltic Sea region located halfway between the Russian exclave of Kaliningrad and St Petersburg. The island is, therefore, particularly vulnerable to military threats and potential attacks. [Shutterstock/RPBaiao]

The government and Swedish Armed Forces ramped up their efforts to protect Gotland island in Southern Sweden following Russia’s repeated threats and the general security situation in Europe since Russia’s invasion of Ukraine.

In Gotland, the military capability is being strengthened with immediate effect, newspaper Aftonbladet reports. The Swedish Armed Forces are planning an exercise that will last for a month.

Gotland is described as a strategically significant location in the Baltic Sea region located halfway between the Russian exclave of Kaliningrad and St Petersburg. The island is, therefore, particularly vulnerable to military threats and potential attacks.

“It is obvious that Gotland’s geographical location is absolutely crucial when it comes to the defence of Europe, the defence of Sweden and the threat from Russia,” Erik Peterson, deputy chief of the army at the Pentagon, told the Swedish newspaper Svenska Dagbladet.

At the start of last month, the Swedish Armed Forces began to step up operations on Gotland when the government gave the agency permission to fire heavy artillery on the island.

“Gotland is a strategically very important area in the event of a crisis or war. The government’s decision gives the Swedish Armed Forces better conditions to carry out their mission on Gotland,” Climate and Environment Minister Annika Strandhäll told SVT at the time.

Ukrainian President Volodymyr Zelenskyy also stressed Gotland’s fragility, saying that “it is only the sea that separates you from this [Russian] aggressive policy,” during his address to the Swedish parliament on 24 March.

According to the Swedish Armed Forces, the risk of Russia attacking Sweden militarily is considered low but cannot be dismissed out of hand, Jonas Haggren, chief of the defence staff, has said.

“Russia has lowered the threshold for using military force and getting its way. That’s why we can’t dismiss the Russian threats, Haggren said on Tuesday (2 May) in SVT’s special programme on NATO.

However, a possible attack from Russia does not have to be by military means, even though Moscow has repeatedly threatened Sweden with military action since the start of the invasion of Ukraine.

In mid-April, Russian parliamentary deputy speaker Pyotr Tolstoy announced that Russia stands ready to launch missiles against Sweden and other countries if potential NATO plans are realised. Russian Foreign Ministry Spokeswoman Maria Zakharova said that Finland and Sweden received “all the warnings” about a NATO application.

One response to “Sweden ramps up efforts to protect Gotland island”