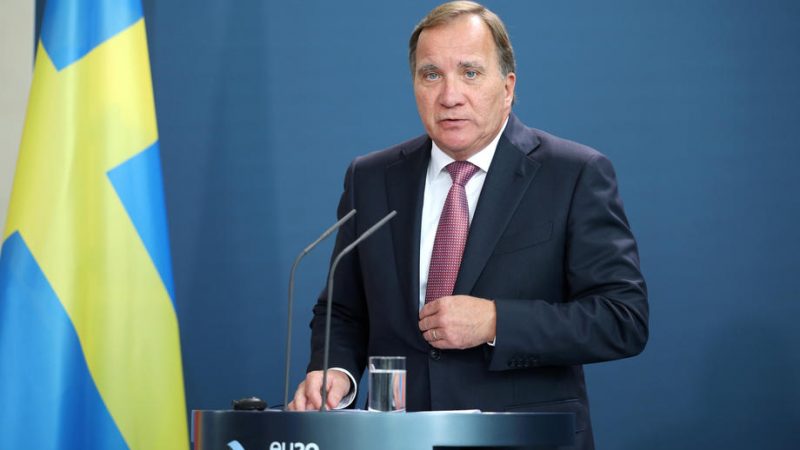 According to the Swedish model, the speaker has been given four attempts to find a solution. If those fall short, elections will be organised. [EPA-EFE/Mika Schmidt]

Swedish prime minister Stefan Löfven resigned on Monday in what he called one of the most difficult decisions of his political career. Löfven asked the parliament’s speaker, Andreas Norlen, to start negotiations to explore groupings to form the next government rather than call for snap elections.

According to the Swedish model, the speaker has been given four attempts to form a new government. If those fall short, elections will be organised.

The minority government of Social Democrats and Greens was defeated in a no-confidence vote a week ago after the Left Party pulled its support following disagreements over plans to reform the heavily regulated rent market.

The country now has two options to avoid a snap election.

It could continue with more or less the same leftist government with the support of some small parties in the opposition – an alternative that might even allow Stefan Löfven, an old labour union man, to continue as prime minister.

Alternatively, a right-wing government could be ushered in under Ulf Kristersson, the chair of the Moderate Party. That would probably for the first time open the cabinet doors for the Sweden Democrats.

In a fragmented political landscape, holding the keys out of the cul-de-sac are two smaller parties and their leaders, the Centre Party’s Annie Lööf and the Liberals’ Nyamko Sabuni. The Liberals have already switched their support for a right-wing alternative.

Come what may, elections will be held in September next year, even if a snap election is to be held before then.