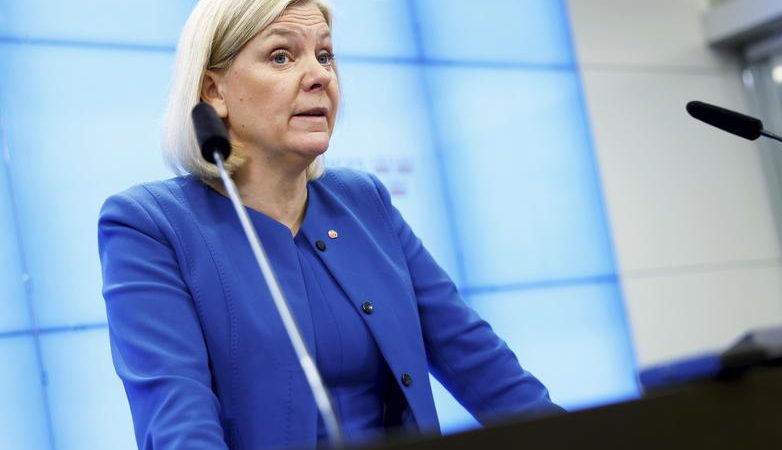 Finance Minister and Chair of the Social Democratic Party, Magdalena Andersson, has been given time until Wednesday morning to gather enough support in parliament to form a government. [EPA-EFE / SWEDEN OUT]

Finance Minister and Chair of the Social Democratic Party, Magdalena Andersson, has been given time until Wednesday morning to gather enough support in parliament to form a government and secure her place as the country’s first female prime minister.

The right-wing opposition including the populist Sweden Democrats is too fragmented even to vote against the government. Andersson already has the silent backing of the Centre Party, but she still has to find a common ground with the Left Party. That has proved to be some sort of an obstacle.

In her ten-minute press conference on Monday, the Chair of the Left Party, Nooshi Dadgostar named pensions as the threshold question. The Left Party is demanding a raise in guarantee pension for around 700,000 pensioners. According to Dadgostar, the pension system has failed and consequently, there are around 300,000 poor pensioners in the country. The increase in pensions should be “meaningful and proper”, she said.

Without too much cynicism it can be said that the negotiations are for the Left Party also a golden opportunity to raise its profile and boost its current 9% support among the electorate. The next parliamentary elections take place in September next year.

The outcome of the talks between the Social democrats and the Left Party is hard to predict. But on Monday Magdalena Andersson described them as “constructive” and said being “hopeful” that a deal can be reached.