Sweden’s shortest-lived PM given another shot to run country 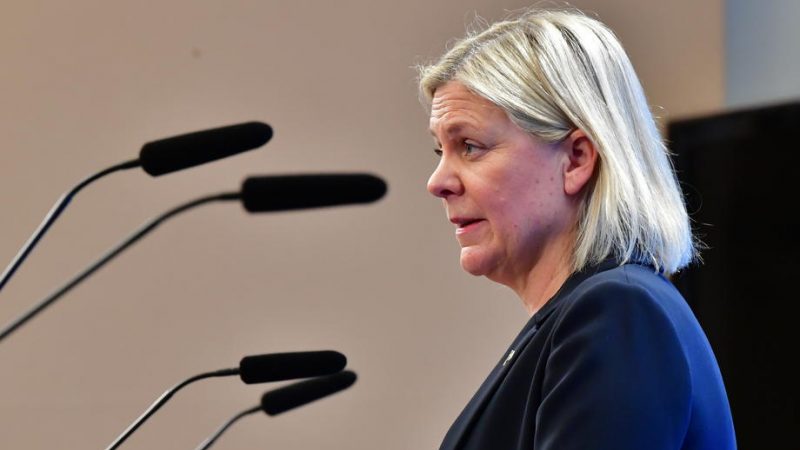 Andersson added she was open to NATO membership in an exclusive interview with SVT’s 30 Minuter programme on Wednesday.  [PA-EFE/JONAS EKSTROMER]

In the 349-seat parliament, Andersson, a long-time finance minister, secured her nomination on Monday with the votes cast by her own party, the Social Democrats, and with the help of the Greens, Left Party and the Centre all abstaining from voting. The conservative-liberal Moderate Party, Christian Democrats, Liberals and Sweden Democrats voted against her.

Ahead of the September 2022 general elections, the 54-year-old Prime Minister has to perform a balancing act to stay in the position with just 100 social democratic parliamentarians.

Burning issues waiting to be solved includes worsening gang violence in big cities and the decision on the final depository for nuclear fuel waste. Ms Andersson also has to govern based on a budget compiled by the right-wing parties and approved last week in the Parliament.

In a press conference, the prime minister was optimistic and said that her government would seek cooperation with all parties. According to her, there were “good opportunities” to do so. However, Ulf Kristersson, the Chair of the Moderates, painted the government in the SVT interview as the weakest since the 1970s and called it a mere “caretaker” government.