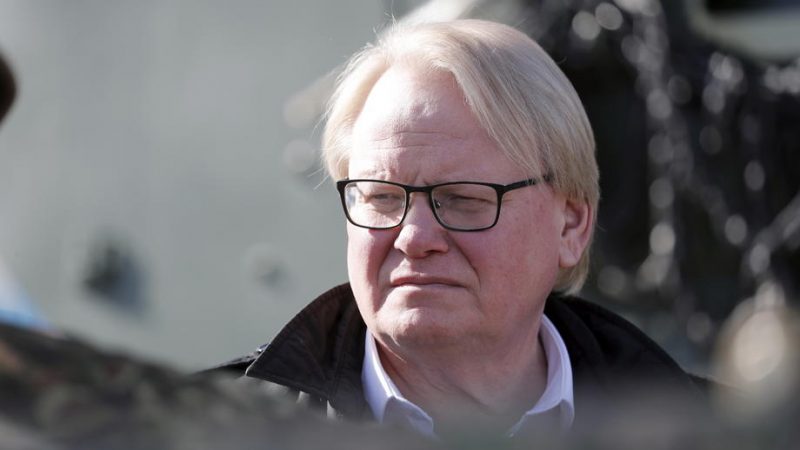 “Of course, it gives a completely different strategic depth, it also gives a very strong security policy signal, and it also gives a strong platform for the Nordic defence cooperation within the framework of NATO,” Hultqvist told Radio Ekot in an interview. [EPA-EFE/TOMS KALNINS]

The defence capability of the Nordic countries would be strengthened if Sweden and Finland chose to join NATO and if both countries had common defence planning within the NATO framework, Defence Minister Peter Hultqvist told Radio Ekot Tuesday.

“Of course, it gives a completely different strategic depth, it also gives a very strong security policy signal, and it also gives a strong platform for the Nordic defence cooperation within the framework of NATO,” Hultqvist told Radio Ekot in an interview.

“We make full use of each other’s strengths and advantages, we complement each other, and we also carry out operational planning, and then the effect is that we become stronger together. This is something that can happen if we choose to join NATO,” said Hultqvist.

During his time as defence minister, Hultqvist has arranged several defence cooperation agreements with other countries, including Norway, Denmark and Finland, on coordinated or joint planning of how the nations will act together in a crisis or war.

Nordic defence ministers will meet this week, and the question of how Swedish and Finnish membership of NATO could affect cooperation will be raised.

According to Hultqvist, NATO membership with joint defence planning and surveillance of the Baltic Sea would reduce the risk of something happening around the Baltic region and Gotland.

“That is a central point in the Baltic Sea that must not fall into the hands of anyone else,” he said, referring to the Swedish island off the country’s southern coast.

Hultqvist was previously against Sweden applying for NATO membership. He did not want to say where he stands on the issue now but stressed that Russia’s war of aggression had changed a great deal.

“There is a before and an after 24 February,” he said, referring to the start of the Russian invasion of Ukraine in late February.

The Social Democrat party is expected to state its new position on NATO on Sunday (15 May), which could prompt an application as a vast majority of the Swedish Riksdag will then be in favour of joining the Alliance.