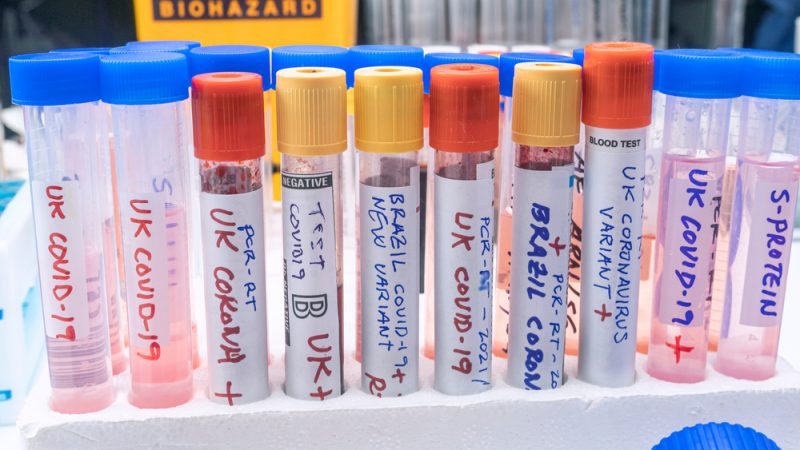 New scenarios modelled by the Swedish Public Health Agency’s (FHM) anticipate a continued rapid decline in the COVID infection rate and warn that a hypothetical new virus variant could cause infections to increase in spring.

In its press release published on Monday (21 February), the FHM presented two scenarios describing the possible future development of the COVID-19 pandemic.

In scenario 0, the most likely one, the FHM foresees a continued spread of the Omicron variant. The spread of the disease should decrease and level off at very low levels from March until the beginning of summer.

But in scenario 1, the FHM describes the potential appearance of a new COVID-19 variant. “A hypothetical new virus variant of particular importance could appear and spread around 20 March, which is as infectious as Omicron.”, the press release read.

The FHM added that among people previously infected with Omicron, the protective effect against the new virus variant is assumed to diminish after three months. In such a scenario, the spread of the infection would increase in spring 2022 and peak in mid-May.

“Scenario 1 should be seen as an illustration of a hypothetical development”, the FHM said, adding that “the Public Health Agency does not consider the development in scenario 1 to be likely, but it cannot be excluded”.

“It is therefore important to maintain a high level of preparedness in health and social care,” declared Sweden’s chief epidemiologist Anders Tegnell following the publication of the scenarios. He also urged people to continue observing good hygiene habits to ward off any potential recurrence of the virus and lower the pressure on health services.

The phasing out of COVID-19 measures began on 9 February in Sweden. It includes the removal of explicit restrictions on participation, such as social distancing and using vaccination certificates at public gatherings and events.