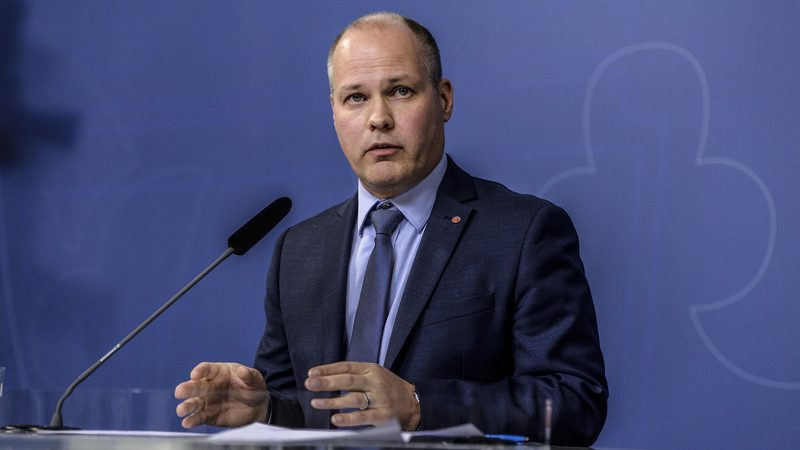 Protesters who attacked the police during riots in Norrköping and Linköping will face a “tough” response,  Interior and Justice Minister Morgan Johansson told a press conference on Sunday.

Violence has erupted in various Swedish cities since 14 April as far-right Danish-Swedish leader Rasmus Paludan organised a public burning of the Qur’an, prompting tensions and violence in the middle of the Muslim holy month of Ramadan.

Police authorities in Sweden made it clear that Paludan has not been permitted to hold the events planned in Linköping and Norrköping on Easter Sunday.

“It is, in that case, unauthorised demonstrations that we will respond to in the right way,” Johnny Gustavsson, spokesperson of the Region East Police, told broadcaster SVT.

But Interior and Justice Minister Morgan Johansson of the Social Democrats condemned rioters’ violence that targeted law enforcement personnel during his Easter Sunday press conference. The police were sent to protect the far-right meetings, seen as an expression of freedom of speech.

“Those who attack the police are criminal perpetrators of violence, and the only way to deal with them is ‘tough on tough’,” Johansson said.  “Go home. Immediately. Respect that Sweden is a democracy”, the minister added.

He said the police have a very difficult situation to deal with, adding that he did not want to “sit as a desk general” and say whether or how they should do things differently.

About Paludan, whose Qur’an burnings sparked the unrest and riots of the last days, Johansson said that “even fools have freedom of speech”.

Paludan has now returned to Denmark, according to the newspaper Expressen. The support for his political party Stram Kurs is close to 0%.