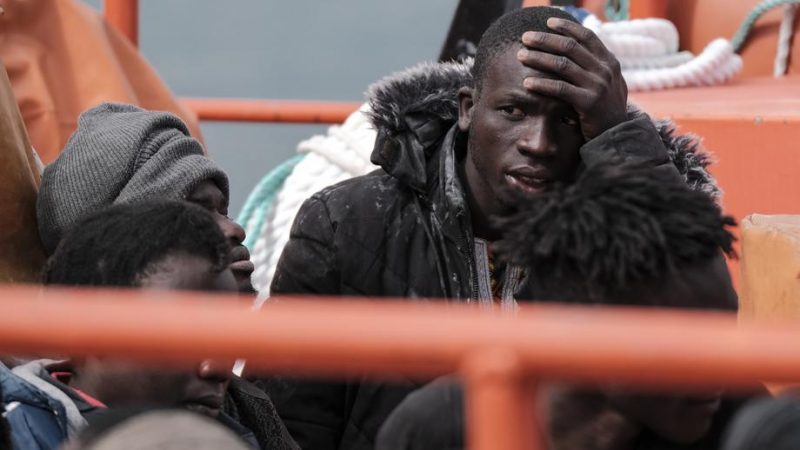 The four parties in opposition are for instance demanding stricter language requirements for permanent resident permits and for it to be made more difficult for relatives of people living in Sweden to obtain residence permits - proposals which may be put to the vote before parliament in June. [EPA-EFE/Angel Medina G]

Swedish opposition parties released a joint statement on Sunday (2 April) advocating tighter immigration policy. If approved, the statement could reverse the traditionally liberal treatment of migrants and pave the way for a right-wing coalition government.

The four parties, including the liberal-conservative Moderate Party, the Christian Democrats, the Liberals and the nationalist-populist Sweden Democrats, are demanding stricter language requirements for permanent resident permits.

They also want it to be more difficult for relatives of people living in Sweden to obtain residence permits – proposals which may be put to the vote before parliament in June.

The joint statement can also be interpreted as a Trojan horse and could be seen as an effort to oust the ruling minority government of Social Democrats and Greens at any cost.

Analysts and local media agree the next government after elections in 2022 will be forged by the Moderate Party, the Christian Democrats, the Liberals and the Sweden Democrats. If the current opposition were indeed to take over the reins of government, Moderates leader Ulf Kristersson would likely be appointed prime minister.

Being accepted for the first time as a signatory in a joint statement and being seen as a party in a future coalition government can be regarded as a triumph for the Sweden Democrats as the party is edging ever closer to power.