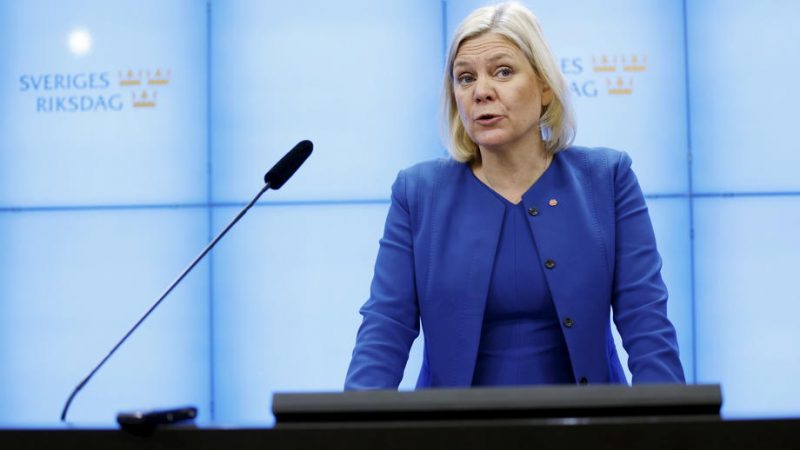 A referendum might not be the right method to decide on NATO membership, said Prime Minister Magdalena Andersson after discussing the situation with her Finnish counterpart Sanna Marin on Saturday.

Swedish Prime Minister Magdalena Andersson and Defence Minister Peter Hultqvist were in Helsinki to discuss the war in Ukraine with the Finnish government over the weekend.

“Not all issues are necessarily best decided in a referendum,” Andersson said at a press conference, though both Andersson and Marin agreed the issue of membership had become more heated due to the current situation in Ukraine.

During the talks, both PMs agreed to deepen defence policy cooperation between Sweden and Finland.

“This war against a sovereign European nation puts the European security order at risk. In this changing security environment, Finland and Sweden will further enhance their cooperation,” the Finnish PM said. Even though Sweden and Finland are not directly threatened, they will assess the security of their own region together, she added.

When asked about their views on the growing support for NATO membership in both Sweden and Finland, the leaders agreed that the situation in Ukraine had changed public opinion in the two Nordic countries’.

“It’s understandable that in the current situation, more people are thinking about security issues. The security situation has changed dramatically in the last week,” said Andersson, adding that it is obvious that this will be discussed both in Finland and Sweden.