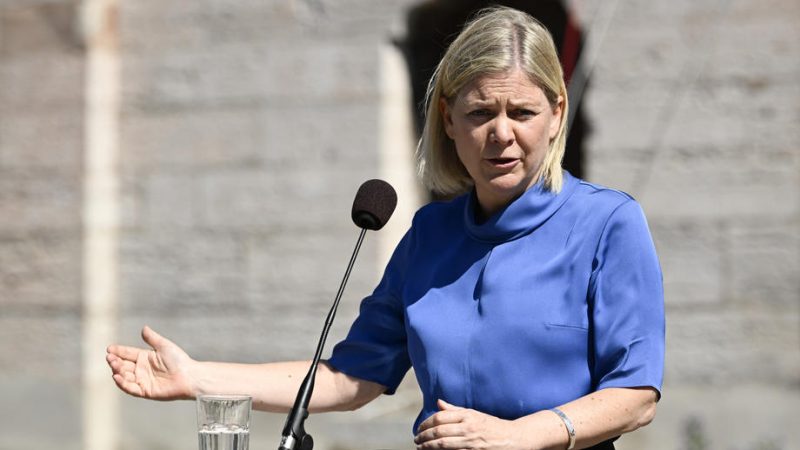 At a press conference on Saturday with Finance Minister Mikael Damberg and Energy Minister and Digitalisation Khashayar Farmanbar, Andersson said that the energy crisis needed an EU solution. [EPA-EFE/HENRIK MONTGOMERY]

Social Democrat Swedish Prime Minister Magdalena Andersson declared on Tuesday that she stands against ‘ethnic clusters’ in the country in a bid to defend the earlier controversial declarations of her Integration Minister on “non-Nordic” residents.

In the run-up to the September elections, the ruling Social Democrats are toughening their stance on integration issues in the face of the breakthrough of the far right in the polls. According to the latest opinion poll from SVT/Novus published on Monday, the Social Democrats stood at 27.8%, followed by the eurosceptic Sweden Democrat party at 21.5%.

Last month, Integration and Migration Minister Anders Ygeman told Dagens Nyheter that certain areas should have non-Nordic residents capped at 50%. This declaration prompted criticism among left-wing parties and the Centre Party, whose leader, Annie Lööf, spoke out against the idea of “ethnic quotas” on Monday.

“We don’t want Chinatown in Sweden. We don’t want Somalitown or Little Italy,” she said, advocating “a society where people with different backgrounds, different experiences and different incomes live together and meet.”

The debate on ethnic quotas in Sweden is not a first in Scandinavia, as Denmark passed an “anti-ghetto” law in 2018 with the goal that by 2030 no Danish residential area should have more than 30% residents with a “non-Western” background. This law has led to the forced eviction of so-called “non-western” residents, including those who have lived in Denmark for most of their life.

When the parallel with Denmark was drawn, Andersson denied any attempt to replicate the Danish model in Sweden.

“We cannot forcibly relocate people. That is not something that Anders Ygeman has proposed. But we do want to see more mixed areas, and we want Swedish to be the natural language throughout Sweden,” she told the Swedish newspaper DN.

According to the Social Democrats and Ygeman, other factors such as unemployment, education levels and crime are more important in determining the area’s vulnerability.