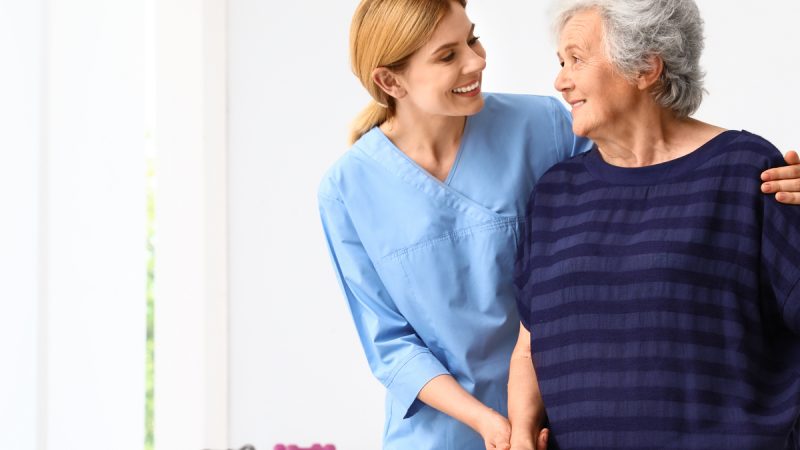 The Swiss government argued that the goals of the initiative were already sufficiently met by a law that was passed as a reaction to the initiative earlier this year. [shutterstock/New Africa]

Care workers have long complained about long shifts, low pay, and too few personnel to handle the workload. This grievance was exacerbated during the pandemic, in which care workers were especially exposed.

The Swiss government argued that the initiative’s goals were already sufficiently met by a law passed as a reaction to the initiative earlier this year. Additionally, the government fears the initiative would infringe upon the cantonal autonomy in setting the health policy.

To the committee launching the initiative, however, the law does not go far enough to address concerns. It worries that the law remains ineffective as long as cantons do not cooperate.

The Swiss people will vote on the initiative in a referendum on 28 November.