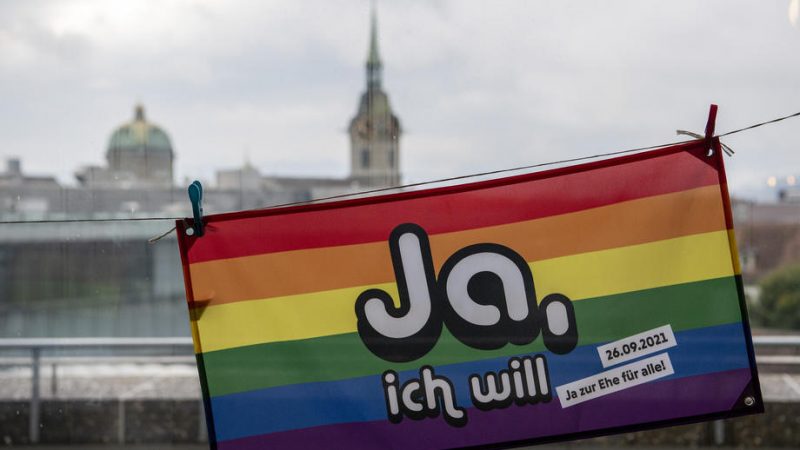 The approval of the law, via referendum, made Switzerland is Europe’s 17th country to allow same-sex marriage. [EPA-EFE/PETER SCHNEIDER]

The Swiss on Sunday approved a law granting same-sex couples the right to marry with a clear majority of 64%, but rejected with 65%, a constitutional amendment aiming to increase taxes on the capital income of the wealthy. These were the results of two separate national referendums that were held on Sunday.

Regarding the law allowing same-sex couples to marry, a  coalition of conservative and religious politicians previously collected more than 50,000 signatures opposing the law, thereby triggering a referendum before the law could come into force.

The approval of the law, via referendum, made Switzerland Europe’s 17th country to allow same-sex marriage.

Regarding the constitutional amendment aiming to increase the capital income of the wealthy, the youth wing of the social democratic party wanted taxes on capital income of more than CHF 100,000 to be at least 1.5 times higher than taxes on labour income. Their proposal, the so-called “99%-initiative”, gathered the 100,000 signatures necessary to put a constitutional change to a vote. However, a forceful campaign led by trade associations ensured the proposal had no chance of success.