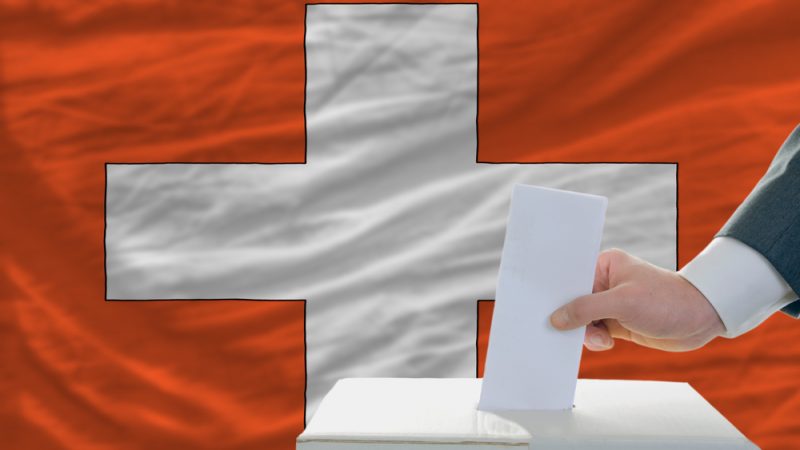 Going to the polls on Sunday (28 November), Swiss citizens were asked to decide on three different matters. [Shutterstock/vepar5]

After an emotional campaign and signs of radicalisation, a large majority of Swiss people voted in favour of a law providing the legal basis for using the COVID certificate in Switzerland. Moreover, a majority supported a call for better working conditions for care workers.

Going to the polls on Sunday (28 November), Swiss citizens were asked to decide on three different matters.

A majority of 62% followed the government and parliament in supporting a law that, among other measures, enables the government to impose the COVID certificate as a prerequisite to entering restaurants and other locations.

Before the vote, a loud minority had mobilised several demonstrations and spread conspiracy theories about voter fraud. The right-wing Swiss people’s party, Switzerland’s biggest party and one of four parties in government, compared Switzerland to a dictatorship.

As a consequence of tensions, the security measures in Bern were higher than ever before on a voting Sunday.

Some 61% of the Swiss people also supported a constitutional amendment proposed by care workers. The “care initiative” calls for higher wages and better working conditions and requires the government to train more care workers.

Before the pandemic, care workers had complained about bad working conditions due to staff shortages and low pay. The government and parliament are now mandated to implement the constitutional change.

Third, a majority of voters decided against a constitutional amendment tabled by activists who proposed to change the way judges are appointed. The popular initiative aimed to reduce judges’ dependence on political parties by appointing them through the drawing of lots.