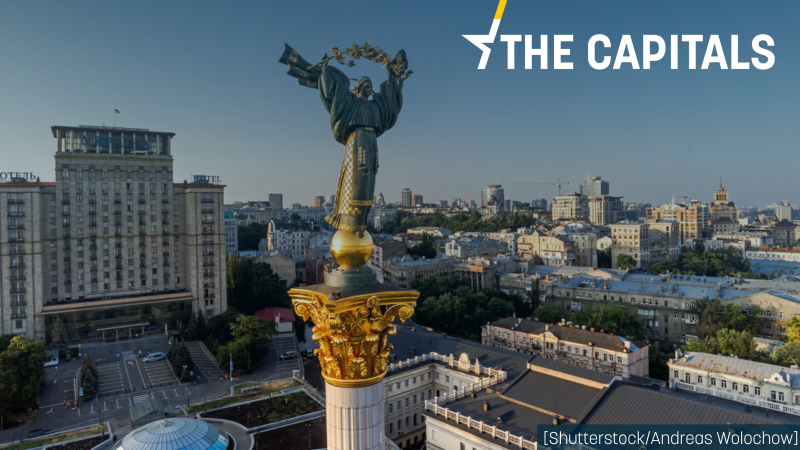 Germany and France have both been increasingly criticised in recent weeks, as several Ukrainian officials said that the EU’s two biggest member states are not doing enough to support Kyiv’s effort to fend off the Russian invasion. [Shutterstock/Andreas Wolochow]

The leaders of Germany, France, and Italy are travelling to the Ukrainian capital on Thursday (16 June) to pledge their backing to the war-torn country in a bid to quell increasing dissatisfaction over their unenthusiastic support.

However, analysts warn that the visit, which comes as Brussels gears up to give its verdict on Kyiv’s EU candidacy bid, has domestic political underpinnings and is unlikely to change the substance of Berlin, Paris and Rome’s policies towards Ukraine.

While the visit of Olaf Scholz, Emmanuel Macron and Mario Draghi is yet to be officially confirmed, multiple sources say that they are heading to Kyiv to discuss Ukraine’s EU membership bid and further financial and military support.

A photo published Thursday morning by Italian news agency RAI of the three leaders in a train compartment seems to confirm the reports.

Draghi, Macron and Scholz travelling to Kyiv.
I really hope this meeting will strengthen the ties with Ukraine and boost the support from Italy, France and Germany (also via military aid).

Germany and France have both been increasingly criticised in recent weeks, as several Ukrainian officials said that the EU’s two biggest member states are not doing enough to support Kyiv’s effort to fend off the Russian invasion and are too reluctant to cut ties with Russia.

Ukrainian president Volodymyr Zelenskyy already emphasised that “no balancing act should be attempted between Ukraine and relations with Russia,” he told German broadcaster ZDF on Tuesday.

However, while the three heads of state are attempting to show their unwavering support for Ukraine, the visit is unlikely to mark a change of course.

“I think it is more a form of symbolic politics that the three heads of state that are more cautious and hesitant in terms of arms deliveries and in dealing with Russia are now travelling to Ukraine,” Stefan Meister, Head of Programme for International Order and Democracy at the German Council of Foreign Relations (DGAP) told EURACTIV.

The timing of the visit is no coincidence, as the European Commission is set to announce whether it will propose to grant Ukraine EU-candidacy status on Friday.

However, there are also domestic reasons for the visit.

Pressure has been especially mounting over Scholz, who previously refused to travel to Ukraine as he does not want to go “for a quick in and out with a photo shooting,” he said in May.

In France, on the other hand, the visit comes only days before the second round of the legislative election on Sunday, where Macron aims to defend his majority in the national assembly against the left alliance NUPES which managed to gather increasing support in recent weeks.

While the prospect of additional financial and military support and the EU-candidacy status of Ukraine is set to top the agenda, it is highly likely that the leaders of the EU’s biggest countries will also discuss potential peace talks with Russia.

Macron has been especially outspoken about the issue. In early June, he emphasised that the West “must not humiliate Russia”, – thereby sparking widespread criticism in Ukraine.

Macron reiterated this stance on Wednesday during a visit to Romania and Moldova, where he stressed that “the Ukrainian President and his officials will have to negotiate with Russia.” 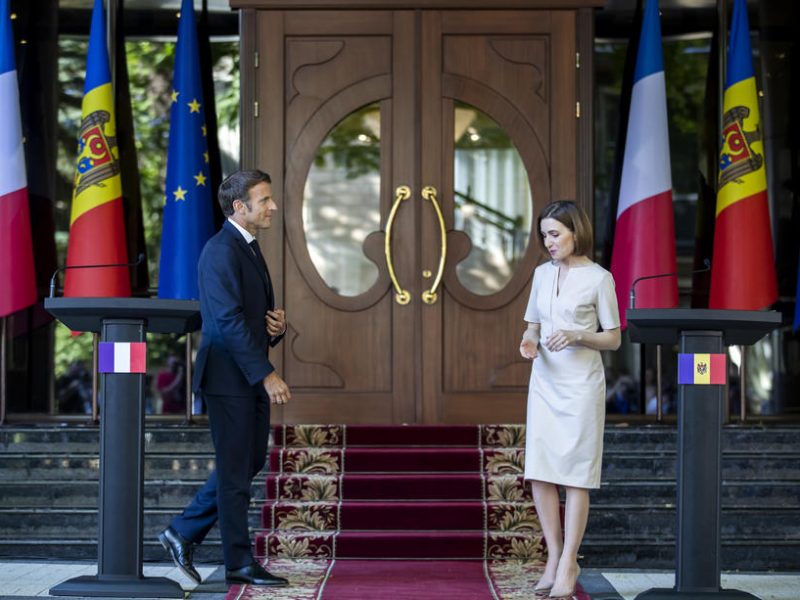 Moldova’s EU bid must not be ‘dissociated’ from Ukraine’s, Macron says

Macron visited his Moldovan counterpart Maia Sandu on an official visit to Chisinau on Wednesday (15 June).

While Scholz has refrained from publicly pushing for peace talks, Russia expert Stefan Meister said that France and Germany have “similar positions on the issue.”

“I think the visit will also be about exploring what is possible in terms of a ceasefire and where Ukraine positions itself here,” Meister said.

Meanwhile, fresh polling released by the European Council on Foreign Relations (ECFR) on Wednesday may indicate that the German and French leaders have a firm finger on the pulse of their domestic audiences.

In all surveyed countries, apart from Poland and the UK, a prevailing “peace” camp of European voters (35%) wants to end the war as soon as possible, while just 22% believe that only Russia’s clear defeat can bring peace.

These numbers are even higher in Italy, Germany and France, where 52%, 49% and 41% of respondents, respectively, want peace now, even at the cost of Ukrainian concessions to Russia.

Meanwhile, Ukraine has already rejected the idea of a potential peace plan brokered by France and Germany – as was the case with the Minsk agreements that froze the conflict in Ukraine in 2014 and 2015.

“They will say that we have to stop the war that is causing food problems and economic problems,” he stated.

For Arestovych, such an option is off the table. Putin killed people in Bucha, “and the West says we should save his face.”