Talks on a new government not going smoothly 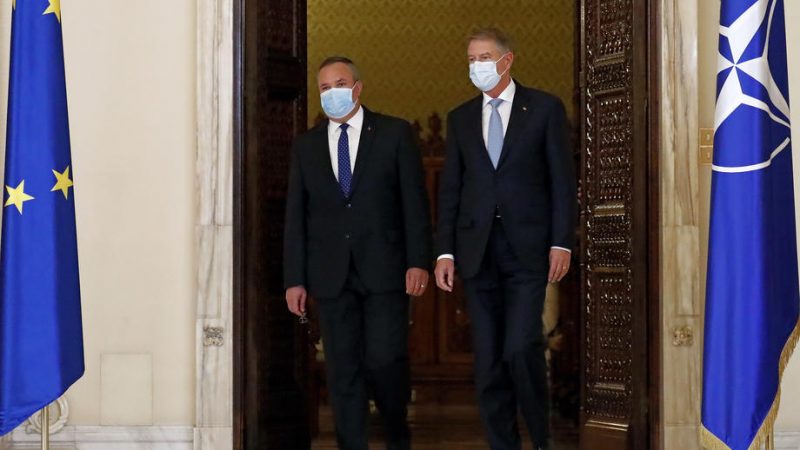 Prime minister-designate Nicolae Ciuca is struggling to find support for his cabinet, despite offering a truce to political rivals. [EPA-EFE / ROBERT GHEMENT]

Prime minister-designate Nicolae Ciuca is struggling to find support for his cabinet, despite offering a truce to political rivals.

Leaders of the centre-right PNL, including Ciuca, met representatives of the socialist party PSD on Sunday. Still, the two parties did not agree, according to sources quoted by HotNews, a media partner of EURACTIV.

PNL is looking to form a minority government, but with the support of PSD, which has the largest number of members in the Romanian parliament. PNL has secured the position of prime minister, despite coming second in general elections held in December 2020 due to its relationship with president Klaus Iohannis.

Iohannis had supported a coalition formed by PNL with the centrist USR and the ethnic Hungarian minority party UDMR. However, the coalition collapsed at the beginning of September after a dispute between the USR and prime minister Florin Citu.

Ciuca, a former army general, is well respected in Romanian politics, and Iohannis is hoping he will get the support of the PSD even if USR rejects the plan.

On Saturday, Marcel Ciolacu, the head of PSD, said that the socialists could offer a “political truce” so that the current pandemic situation and the energy price crisis could be overcome. Ciolacu told Ciuca that the PSD could support the PNL-UDMR government if the governing plan included ten measures proposed by the socialists but that the support would be limited in time.

However, not everyone in both parties is happy with the proposed alliance, as PNL leaders have repeatedly said they would not cooperate with PSD. In contrast, the socialists should have a more prominent role in the government if they are to support it, and are also open to early elections.

Ciuca said he would hold talks with the USR on Monday.