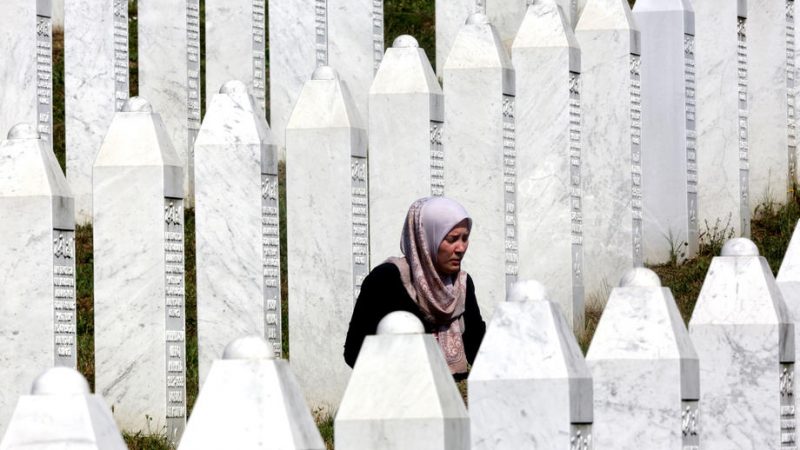 A criminal complaint has been filed against Marko Ivas who denied genocide was committed in Srebrenica. [EPA-EFE / FEHIM DEMIR]

A criminal complaint has been filed against Marko Ivas, a journalist with the Serbian news agency Tanjug, denying genocide was committed in Srebrenica during an interview with BiH tripartite Presidency chairman Željko Komšić.

The complaint has been filed by the Institute For The Research of Genocide Canada, a Bosniak lobbyist group which said the complaint was filed with the BiH Prosecutor’s Office based on amendments to the BiH Criminal Code imposed late in July by then High Representative for BiH Valentin Inzko.

Trošić interviewed Komšić on Tuesday, debated whether genocide was committed in Srebrenica. Komšić insisted that was clearly established in court rulings, while Trošić said he disagreed with them and that he believed “a horrible crime” was committed, but not genocide.

“Then you will have to do this interview with someone else,” Komšić told him before ending the conversation.

“Imagine someone filing a criminal complaint against a journalist because you don’t like what he said. Whatever he said,” Serbian President Aleksandar Vučić told reporters

Vučić said that, as far as the journalist and his legal position in Serbia are concerned, he is a freelance journalist, and the state will respect his profession and the right to have an opinion.