Teaching at protesting university to be broken up across different locations 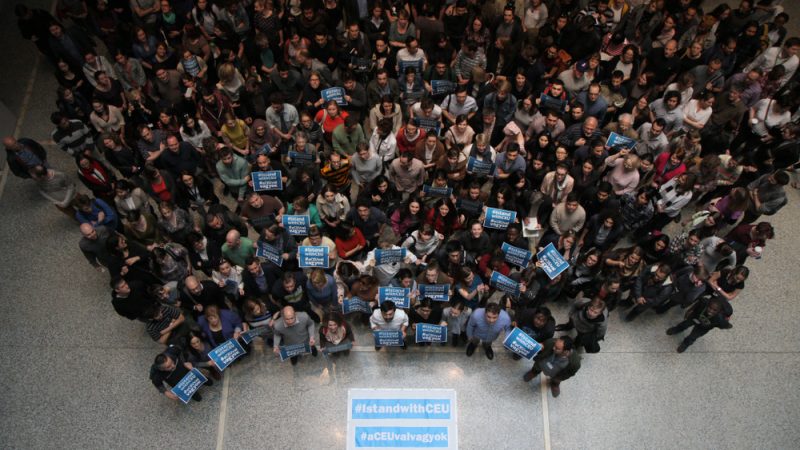 The students began to occupy the university building after the entire senior management of the university stepped down at the end of summer because of what they described as a complete loss of autonomy. [Shutterstock/ knovakov]

Teaching at Budapest’s University of Theatre and Film Arts, which was under a student-led blockade for 70 days until the introduction of strict pandemic measures in November, will be spread across several locations across the city, RTL reported.

Reportedly, the location of dormitories and administration will be moved as well.

The students began to occupy the university building after the entire senior management of the university stepped down at the end of summer because of what they described as a complete loss of autonomy.

Students only left the building after a steep rise in coronavirus infections pressed the government to introduce an 8 pm curfew on 11 November.

They then said that since their demands — which include the reinstatement of the university management and the resignation of Prime Minister Viktor Orbán’s ally Attila Vidnyánszky, who chairs the university’s newly created board of trustees — were not met, they were not giving up the blockade, but taking it with themselves.

“The resistance will take place outside the buildings for a while. Whether we have to fight for autonomy between these walls or at home, in quarantine, we are the university. The blockade will last until the repression of power is lifted,” the students then said in a statement.

Critics say the purpose of breaking up classes to different locations significantly far from each other is to prevent a blockade similar to the one in autumn.

Once teaching starts again, there will be “countless novelties”, the university administration confirmed without mentioning specifics. (Vlagyiszlav Makszimov | EURACTIV.com)