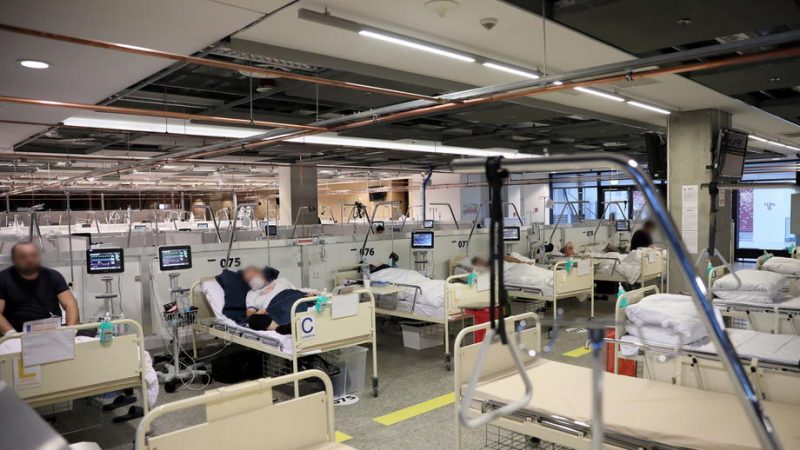 In October of last year, as Europe was hit by the second pandemic wave, the National Stadium Warsaw was converted to a temporary hospital as the first such facility created during the pandemic in Poland. [EPA-EFE/LESZEK SZYMANSKI]

The last patient will be discharged from Warsaw’s temporary hospital at the National Stadium on Sunday, said the head of the Polish prime minister’s office, Michał Dworczyk.

In October of last year, as Europe was hit by the second pandemic wave, the National Stadium Warsaw was converted to a temporary hospital as the first such facility created during the pandemic in Poland.

According to the government, the facility was supposed to have 1,200 beds for COVID-19 patients but only took in 550 at its peak. In total, the facility only welcomed 1,800 patients.

The make-shift hospital did not treat the more severe COVID-19 cases and was only there to receive the less severe ones to relieve the burden of other hospitals in and around the Polish capital. It was eagerly visited by government representatives accompanied by television crews.

A total of 19 temporary hospitals have been set up in major Polish cities – mainly in exhibition halls and trade fair centres.

However, for the moment, only the temporary hospital that has been set up in Warsaw’s National Stadium is no longer accepting patients. The dismantling of installations will begin next week, though the equipment will remain in case the country is hit by further pandemic waves.

The Polish national football team, which will be preparing for the European Championship, will return to the stadium to play matches in autumn.

The facility was also criticised for having taken away doctors and nurses from other hospitals, offering higher salaries. This meant that other hospitals, for example in smaller towns, were sometimes short of staff to care for COVID-19 patients. (Anna Wolska | EURACTIV.pl)