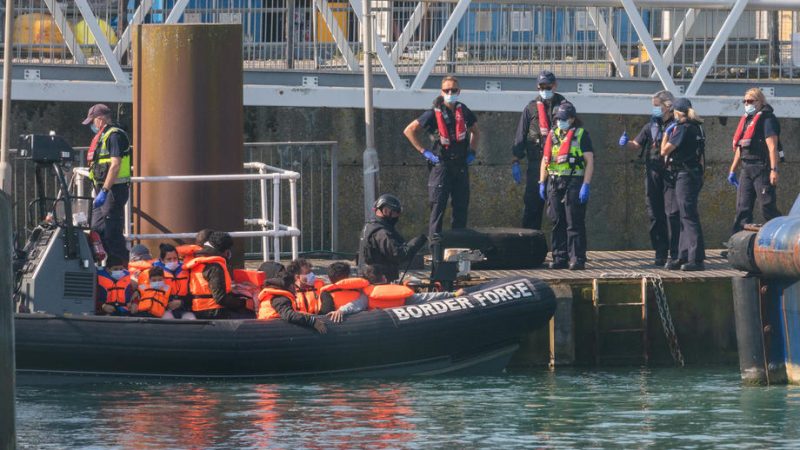 Britain and France are continuing ongoing talks in a bid to resolve the migrant crisis in the English Channel as migrants continue to arrive along the coast of the UK in their quest for asylum. [EPA-EFE/VICKIE FLORES]

Home Secretary Priti Patel and French Interior Minister Gérald Darmanin held talks on Wednesday amid a growing row over the number of migrants crossing the English Channel to the UK.

Britain had agreed to pay France if its navy prevented boats from arriving in the UK, but Patel has warned that the government could withhold £54.2 million unless more boats are intercepted.

The UK is now training its Border Force to turn boats back to France, a tactic which Darmanin said “would risk having a negative impact on our cooperation.”

“Safeguarding human lives at sea takes priority over considerations of nationality, status and migratory policy” the French minister added in a letter to the UK. Others have warned that sending boats back to France would break the terms of the UN’s Geneva Convention which gives the right to apply to any country for asylum.

Following the talks on the margins of a meeting of G7 interior ministers in London, Patel tweeted that “delivering results and stopping crossings were an absolute priority for the British people”.

The Home Office said 785 people crossed the channel in small boats on Monday bringing the total number to more than 12,600 people so far this year.

4 responses to “Tensions with France grow over Channel crossings”