Thaci pleads not guilty to all war crime charges 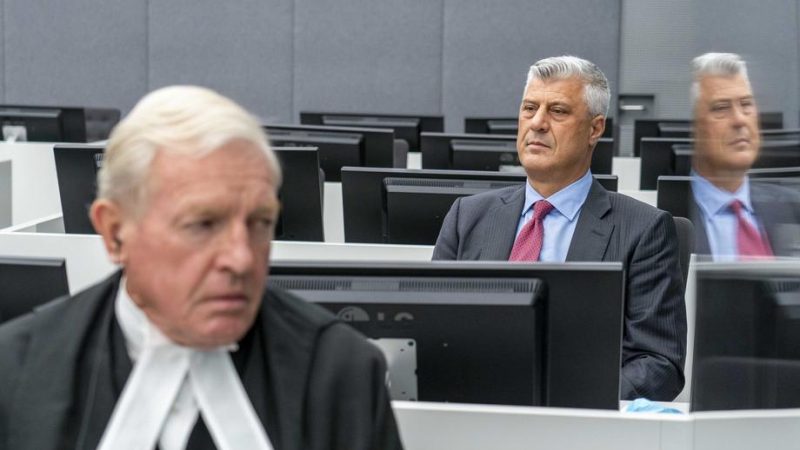 Kosovo’s former president and ex-political representative of the Kosovo Liberation Army (KLA), Hashim Thaci, has pleaded “not guilty to all charges” during his first appearance in the Kosovo Specialist Chambers in The Hague, adding that “the indictment is invalid”.

During the initial appearance, Thaci’s lawyer, David Hooper QC, has asked the prosecutor of the case and the pre-trial judge of the Specialist Chambers what has happened with the allegations of organ trafficking which had led to the establishment of the special court.

“Where are the allegations on organ trafficking, because these were very important in the establishment of this court?” Hooper asked the courtroom, according to the GazetaExpress.

The Parliamentary Assembly of Council of Europe in 2011 published a report titled “Inhuman treatment of people and illicit trafficking in human organs in Kosovo”. The rapporteur was Dick Marty from Switzerland. (Željko Trkanjec | EURACTIV.hr)