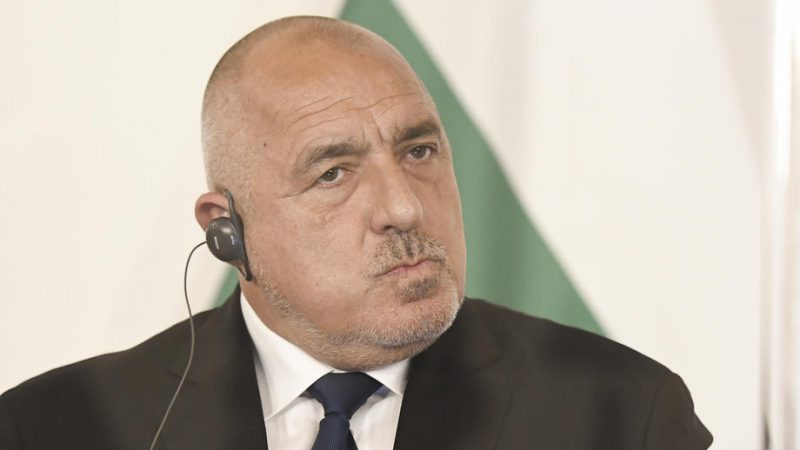 Since the caretaker government took over on 11 May, several ministers exposed what appear to be cases of clientelism, cronyism and corruption under the previous government of Boyko Borissov. [EPA-EFE/CHRISTIAN BRUNA]

A handful of companies in Bulgaria receive a huge part of the public resource distributed in Bulgaria, the caretaker minister of finance, Asen Vassilev, told the media on Thursday.

Since the caretaker government took over on 11 May, several ministers exposed what appear to be cases of clientelism, cronyism and corruption under the previous government of Boyko Borissov.

According to the daily SEGA, which has obtained data under the access to public information act, the dynamics in the list of the largest contractors over the Borisov years can serve as a chronicle of Bulgarian corruption.

From the data, it becomes clear that for the 50 largest recipients of state funds, the amount of contracts has been growing. This dynamic also depends on the implementation of large projects – such as the construction of “Balkan Stream”, commissioned in 2019, which burdens the state budget with BGN 2.1 (€1.05) billion for just one contract. Overall, the data shows a serious concentration in individual sectors and companies.

The Gazprom-favoured “TurkStream” is called in Bulgaria “Balkan Stream”. Critics suggest Borissov’s government has built a pipeline for Russia with Bulgarian public money. Borissov’s ministers have explained that the investment for the pipeline, which brings Russian gas from Turkey across Bulgaria to Serbia, will be repaid from transit fees. (Georgi Gotev | EURACTIV.bg)