The children of Michałowo found safe in Belarus 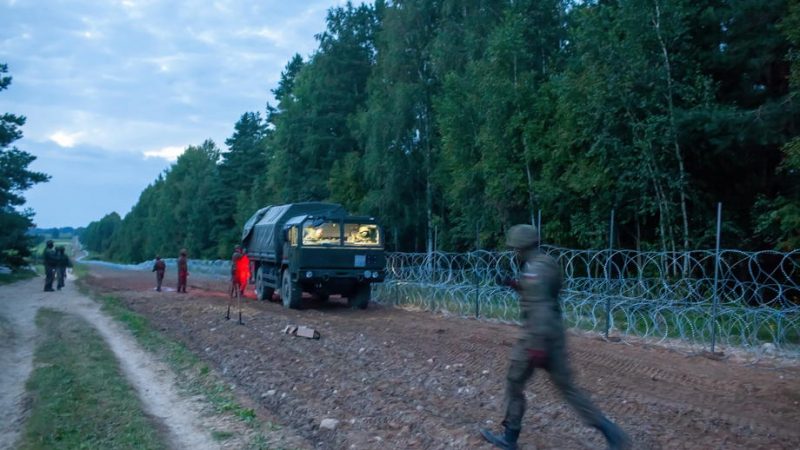 Two weeks ago, 20 migrants, including eight children, were taken care of in the Eastern town of Michałowo before being pushed back to Belarus. Now, they have been found safe in Belarus.

On 27 September, the pushback took place, which shaped the public debate and triggered a public campaign #GdzieSaDzieci, #WhereAretheChildren. It was reported that Polish border guards had transported the families back to the Belarussian border where they came from.

TVN24 crew identified the migrants in Belarus close to the Polish border. They were found camping in a forest, as documented by the Yazidi organisation Sinjar Academy. Currently, they are in a group of 70 other migrants.

At least three of the eight children were identified by the TVN24 reporters. The Polish journalists reported on the difficulties in obtaining footage from the border as both the Belarussian and Polish border areas are no-go zones for journalists. “The footage came to us through the migrants’ network via the USA”, said TVN24 reporter Paweł Szot.

On 1 October, Polish border guards said they found a group of migrants “who illegally crossed the border” and pushed them back to Belarus, “the country where they were legally”. The border guards checked the migrants’ health status and told them about their rights to seek international protection. According to the statement, the children’s parents refused to ask for protection in Poland as “they were interested only in seeking protection in Germany”.

This statement was contradicted in a video in which a migrant shouts, “Poland, asylum. No asylum. Belarus beats people. We want asylum in Poland”. Asked about the situation, Anna Michalska, the spokeswoman for the border guards, commented that the situation was very different off-camera.