The Greens ready to legalise cannabis 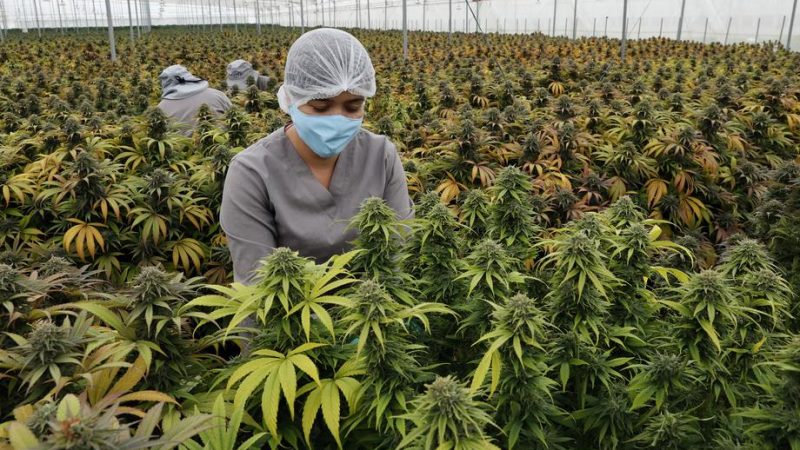 The party approved by a margin of 183 and 181 the initiative to decriminalise the manufacture, use, possession and even sale of cannabis. [EPA-EFE/ Mauricio Duenas Castaneda]

The virtual party conference of the Greens was expected to be all about climate. But two votes can make all the difference.

Somewhat unexpectedly, the party approved by a margin of 183 and 181 the initiative to decriminalise the manufacture, use, possession and even sale of cannabis. Also, personal data registers would be cleared of convictions for its use.

In a survey carried out by the newspaper Helsingin Sanomat last summer, 31% of the respondents would liberalise the use of cannabis. At the same time, a citizens’ initiative to decriminalise use has gathered 60,000 signatures.

However, the Greens’ alignment is likely to be too radical or at least premature, as all other major parties were quick to voice their opposition to liberalisation.

Almost only support came from the youth organisation of the liberal-conservative National Coalition Party.

Whether the Greens shot themselves in the foot remains to be seen. According to the Uutissuomalainen news agency, the party has lost more members after the controversial vote than it gained new ones.

The current five-party government, in which the Greens have two ministerial seats, has no mention of drugs policy in its programme. But the issue is now high on the agenda and will haunt or benefit the Greens in future elections.

Among the EU member states, Portugal, the Czech Republic and Estonia have decriminalised the use of cannabis.