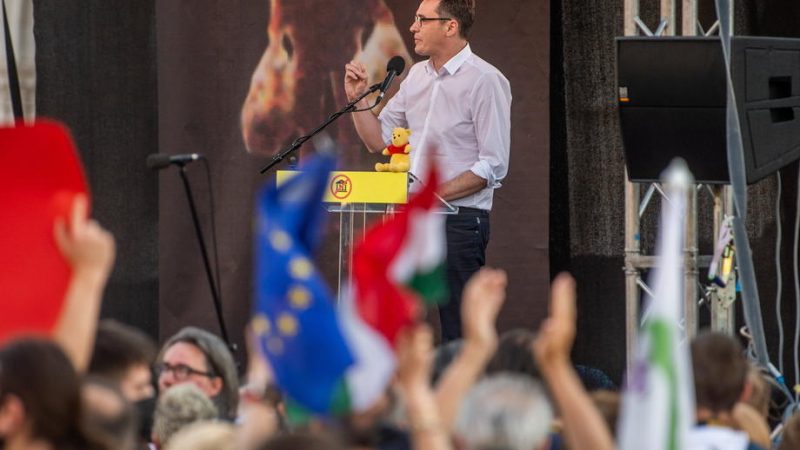 The Chinese investment put into question the fate of a Student City initially planned in the same spot, which included more than 8,000 dormitory places. [EPA-EFE/ZOLTAN BALOGH]

Thousands have protested against Hungarian Prime Minister Viktor Orbán’s Fidesz and its push for building a campus of the Chinese Fudan University in Budapest in the first large anti-government demonstration in Hungary for a long time.

The Chinese investment put into question the fate of a Student City initially planned in the same spot, which included more than 8,000 dormitory places.

The rally was noticed by China.

“But in broad daylight, it is unseemly to criticise the internal affairs of another country, especially when I heard some key words in his speech, such as ‘Tiananmen Square protests’, ‘democracy’, ‘human rights’ and ‘values’. Those words are totally a smear of China,” Beijing’s spokesperson, who said he was “baffled” by the comments, wrote on the embassy’s Facebook page.

The Hungarian government seemed to suggest support for a referendum for the citizens of Budapest on the issue, but only one and half years later “because by then there will be ready plans and clear financial terms.” (Vlagyiszlav Makszimov | EURACTIV.com with Telex)