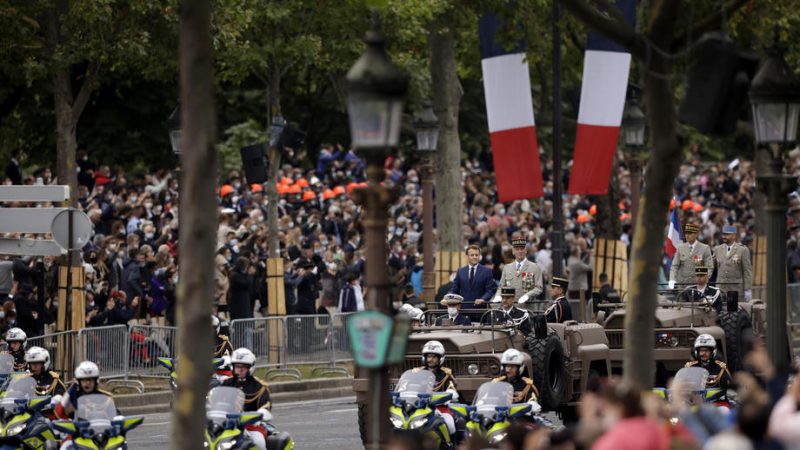 Several protests took place across France on Bastille Day (14 July), two days after President Emmanuel Macron unveiled his strict strategy to tackle rising infections, including the compulsory vaccination for healthcare workers, and a health pass needed to go to most public places.

Immediately after the presidential address, spontaneous calls for demonstrations appeared on social media.

One of the protests formed in the centre of Paris was quickly dispersed by police, while another, in the north of the capital, brought together several hundred people who were marching “against the dictatorship.” Other “for freedom” demonstrations erupted across several cities.

With the health pass now being required to go to restaurants, cafes and cinemas, the number of vaccinations is expected to rise among people who are still reluctant to get the jab.

Despite the wave of protests, also vocal on social media, Monday evening’s announcements seem to have worked. Almost 1.3 million people have since booked an appointment to get a jab.