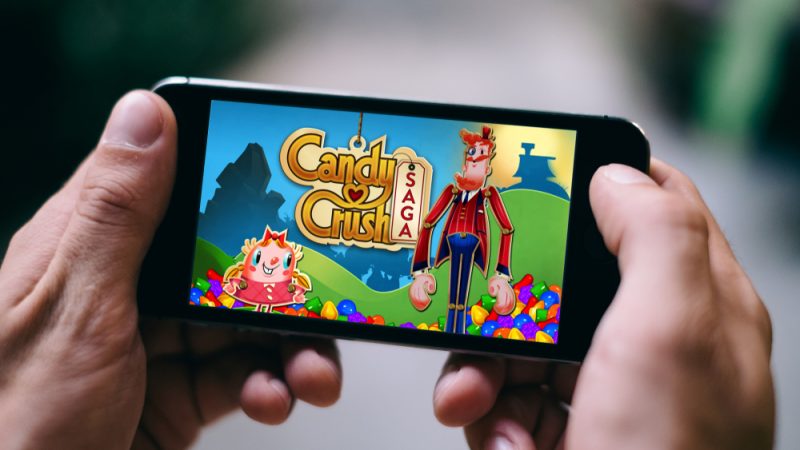 He said he played the game Candy Crush during state leader coronavirus meetings with German Chancellor Angela Merkel, whom he referred as "little Merkel". [Shutterstock/Mano Kors]

Thuringian premier Bodo Ramelow (Die Linke) got himself in hot water over the weekend after cracking jokes in a conversation on new social media website Clubhouse, saying he had played the game Candy Crush during state leaders’ coronavirus meetings with German Chancellor Angela Merkel, whom he referred as “little Merkel” (“das Merkelchen” in German).

In the conversation on Friday, SPD deputy chair Kevin Kühnert asked which leaders were playing Candy Crush during these coronavirus meetings, in reference to earlier reporting that made the allegation without naming a specific leader. Ramelow then confirmed it was him, adding that he can play “up to ten levels” per meeting.

Clubhouse allows users to have drop-in audio discussions in different rooms on the platform. While it is currently invite-only, German politicians from across the political spectrum have signed up.

Thuringian CDU leader Hirte quickly criticised Ramelow on Twitter, saying that his comments suggest a lack of respect for the dire situation many are feeling. “Either it is an expression of arrogance of power or ministerial fatigue. In any case, it is disrespectful and irresponsible!” he wrote.

Since then, Ramelow further explained his comments to the German press agency DPA, saying that Candy Crush is a way for him to relax during the long negotiations. “Some play Sudoku, others play chess or Scrabble on their phones, and I play Candy Crush,” he said.

Regarding his ‘little Merkel’ comment, Ramelow apologised on Twitter Sunday evening, saying his change of heart came after a discussion with “a clever woman” on Clubhouse. “To belittle the name of the German Chancellor was an act of male ignorance. For this, I sincerely apologise,” he tweeted. (Sarah Lawton | EURACTIV.de)