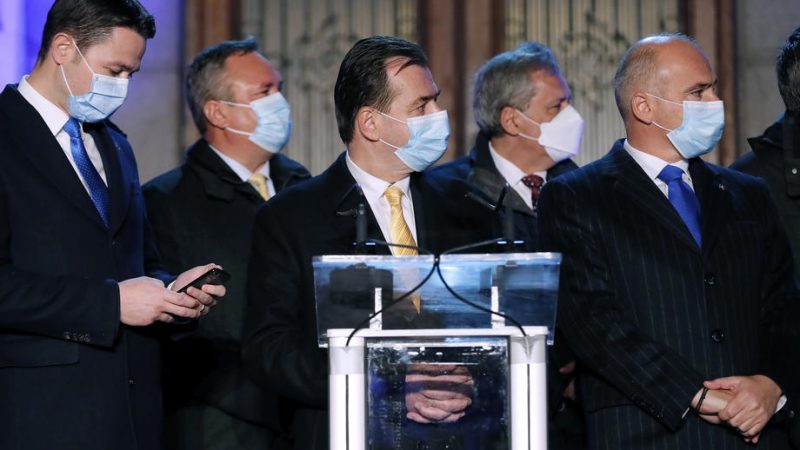 USR-PLUS (Renew Europe), which could form the new government with PNL, gained about 16%, according to exit polls. [EPA-EFE/ROBERT GHEMENT]

Both the social-democrats from the PSD and the centre-right governing party PNL claimed victory in Sunday’s parliamentary election, with exit polls showing the two parties going head to head, with about 30% each.

USR-PLUS (Renew Europe), which could form the new government with PNL, gained about 16%, according to exit polls.

Prime Minister Ludovic Orban (PNL) quickly claimed victory in the general elections, although one survey put PSD slightly ahead at 30.6%, while the governing party was credited with 29%.

According to PSD leader Marcel Ciolacu, voters sanctioned the centre-right government because of its poor handling of the pandemic.

As the PNL-led government faced the coronavirus crisis over the past months, the social-democrats saw a rise in the polls.

Voter turnout – which was also impacted by the pandemic – was the lowest since 1989, the year Romanians toppled the communist regime, with fewer than one-third of voters coming to polling stations.

According to exit polls, the far-right movement AUR, formed just one year ago, could be on its way into parliament, while the established parties Pro Romania (of former Prime Minister Victor Ponta) and PMP (of ex-president Traian Basescu) could fall below the 5% electoral threshold.  (Bogdan Neagu | EURACTIV.ro)