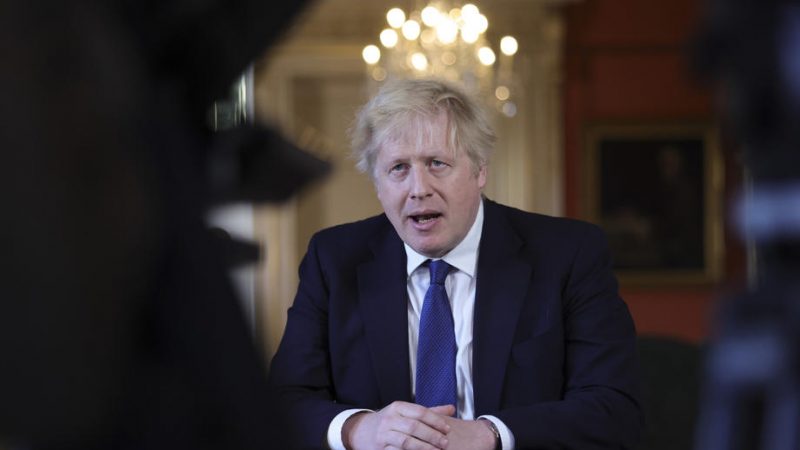 The municipal elections, which will decide who governs dozens of local authorities in England, Scotland and Wales and thousands of local council seats, are expected to see the Conservatives lose around 600 council seats and control of several authorities in the so-called ‘Red Wall’ of areas which returned a Conservative MP in the 2019 elections and the London suburbs. [EPA-EFE/SIMON DAWSON / NO10 DOWING STREET / HANDOUT MANDATORY CREDIT HANDOUT]

Prime Minister Boris Johnson called on the Western allies to look at ways to stop Russia from using its gold reserves to prop up the rouble as part of the next package of sanctions against Moscow.

The mechanism has allowed the Kremlin to stem a sharp fall in the rouble’s value following Russia’s invasion of Ukraine, increasing its capacity to withstand the economic sanctions imposed by the West.

Speaking ahead of Thursday’s NATO summit, Johnson said the UK and the West must “tighten the economic vice” on President Vladimir Putin’s regime.

At home, the UK announced its own new sanctions, which now cover the private military firm the Wagner Group. The mercenary firm, which has close links to the Kremlin, has emerged as an increasingly influential player and rival to EU defence missions in several African countries.

Polina Kovaleva, who is reported to be the step-daughter of Russian foreign minister Sergei Lavrov, and owns a London property worth an estimated £4 million, is also on the sanctions list and will face an assets freeze.