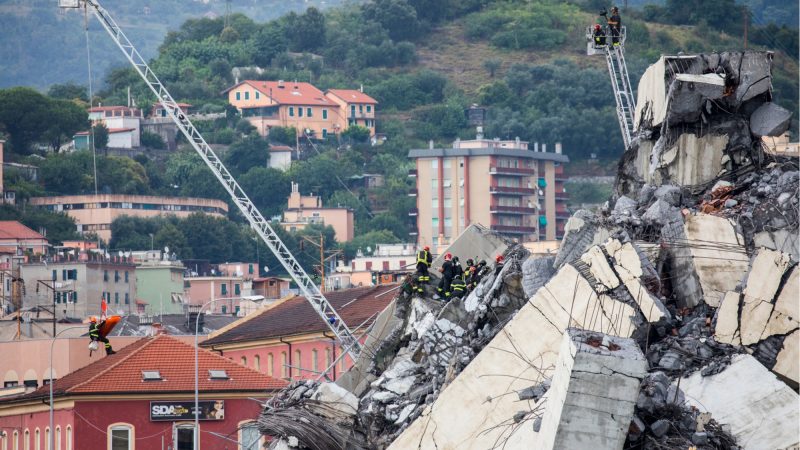 August 14 2018 A large section of the Morandi highway bridge collapsed in Genoa, leaving vehicles crushed in rubble below. [Shutterstock/MAURO UJETTO]

Former CEO of highway company Autostrade l’Italia, Giovanni Castellucci, was put under house arrest in connection with the investigation into the 2018 Morandi bridge collapse in Genoa, which killed 43 people.

Five other senior managers, including former top managers and current executives, face charges relating to transport safety violations and fraud. At the request of the Genoa prosecutor investigating the collapse, they are either under house arrest or facing other restrictions.

According to the investigators, the managers knew that the barriers were faulty and potentially dangerous as they risked giving way when hit by strong winds.

However, the group has always denied any wrongdoing with regards to the bridge’s collapse. Since then, the company has been embroiled in a legal battle with the Italian government.