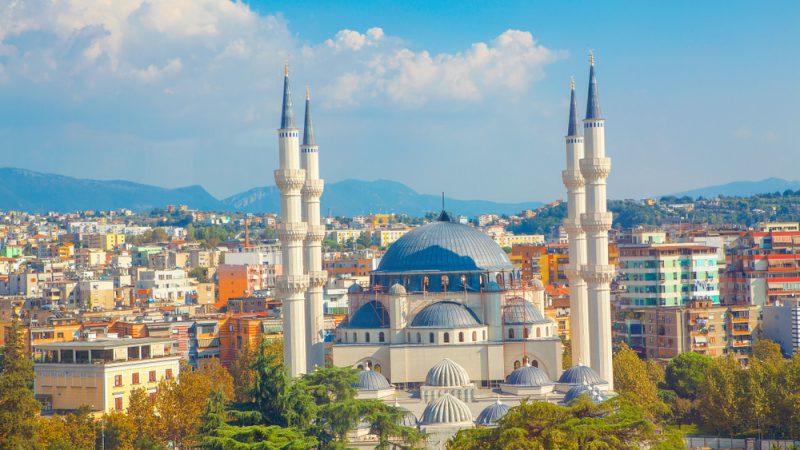 After two years of uncertainty marred by the COVID-19 pandemic, Albanian tourism businesses are hopeful that 2022 will allow them to recoup losses. [Shutterstock/RussieseO]

Prime Minister Edi Rama brought in the army to clean up the coast ahead of what he said will be a bumper tourism season, adding that people need to clean up after themselves. However, problems remain with waste disposal as municipal collection is sporadic, and there are no government recycling facilities.

After two years of uncertainty marred by the COVID-19 pandemic, Albanian tourism businesses are hopeful that 2022 will allow them to recoup losses.

Rama visited tourist areas on Tuesday (24 May) and warned that the high number of tourists this year would bring additional waste with them.

He added that the army was brought in to clean waste in some coastal areas, but it is up to the public to keep it clean.

“It will be the cleanest season because of the extraordinary work that is done daily, but also because of financial instruments that come to the aid of coastal municipalities that live in a season where the population multiplies. If the municipalities are clean, it is up to people not to pollute,” he said.

“The first element of patriotism is not to pollute our common home,” he added.

“But the biggest job we have to do is change mentalities. This is the challenge of this mandate,” she said.

Some stakeholders have argued that the biggest challenge is what to do with waste in Albania. In many areas, waste bins are lacking, and rubbish bins that collect communal residential waste are left overflowing for days at a time. Furthermore, municipal waste management services serve only 86% of the population.

Currently, there are no state-supported recycling facilities in Albania. All waste is either dumped by citizens, collected by the municipalities, or put into landfills, while a small amount is incinerated.

In 2020, 1.04 million tonnes of waste were created, and over 80% was deposited into landfills. This number is increasing based on historical data rather than decreasing. Just 18% of waste was recycled in 2020, decreasing from the previous year.

Head of the Association of Recyclers, Bardhyl Balteza, said in 2020 that the recycling industry is going bankrupt due to a lack of support from the government. The sector currently operates at only 15-30% capacity and will force recycling companies to leave the country, he added.

But with the number of tourists already looking promising for 2022, a solution for waste will need to be found. Figures from March show that the number of visitors to Albania increased by over 53% compared to the same month in 2021.

Additionally, the number of nights spent in accommodation by residents increased by 85% and non-residents by 2.3 times.

There are, however, concerns that the fallout from the Ukraine war could have an impact on the sector.

According to the National Statistics Institute, in 2021, Albania received 363,483 tourists from Eastern Europe. During its peak in 2019, that number was 393,368. Poland, Ukraine, Russia, and Belarus account for most visitors from the region.